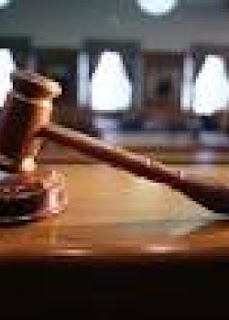 A military tribunal in Jayapura, Papua, has sentenced a soldier to 20 years in prison for slaying three people, including two toddlers, in Bintuni, West Papua.

Aside from committing murder, Semuel was also found guilty of theft.

Semuel was convicted to have violated Articles 338 and 365 of the Criminal Code. He was proven guilty of brutally murdering three people using a cleaver.

The three victims were Ferly Dian Sari, 26, who was four months pregnant, and her two children Anastasia Putri, 6, and Andhika, 2. Ferly died from repeated stab wounds while the two toddlers were beheaded.

“What the defendant had done was ruthless and inhumane, violated human rights and was against the spirit of the military of protecting the people,” presiding judge Lt. Col. James Vandersloot said, reading out the verdict last Friday.

The sentence was more severe than that wanted by military prosecutors who sought 17 years’ imprisonment for the defendant.

“The sentence is heavier than the military prosecutors demanded because what the defendant did was ruthless and inhumane,” James said.

No factor in the trial was considered in mitigating the defendant’s punishment. “The defendant did not show remorse, apologised to the victims’ family nor shed tears [for his victims],” James added.

The killings were committed on Aug. 25, 2015 in Bintuni, West Papua, when the victims were heading to the village where Ferly taught.

Responding to the sentence, Ferly’s husband Yulius Hermanto said the verdict was too light for someone who had ruthlessly killed three people.

“He should have been sentenced to death for killing three people,” said Yulius, adding that from the beginning the defendant was charged with murder and theft, and not with premeditated murder, which was why the maximum sentence was only 20 years.

He also expressed disappointment that the child protection law was not considered in the charge, as the victims included children.

“Two children have been brutally murdered but the [law’s] articles on child protection were ignored in the trial. We consider this unfair,” he said.

With regard to the sentence, the defendant said he would consider an appeal.