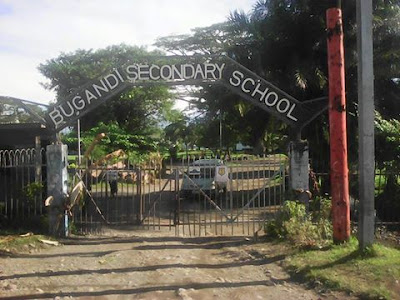 The school fights among students at the Bugandi Secondary School in Morobe province has been an ongoing issue for many years and up until today teachers and the Morobe Education Board cannot figure out what is the root cause of this ongoing fights.
School Principal Mr Tony Gau said, the school administration is not even sure if these fights are in relation to cult activities or ethnic differences as most of the fights take place outside of the school ground.
However, according to some of the students that Mr Gau interviewed, they’ve pointed out that these fights have come about a result of street gangs or gang groups who are protective of their turf or particular area where they are residing.
“From the information I’ve gathered, they are protecting certain areas like for instance; a student residing at Eriku cannot go to main market and if he does go there, it’s more like he’s going to a no-go zone area where a fight is most likely to take place after that” said Mr Gau.
Mr Gau said the administration has exhausted all avenues to address this ongoing issue and they have now involved the police to assist them.
“The assistance given by the police helps in a bigger way in which some of the students caught by police are taken into juvenile custody where they do their time by doing community work around the city”
The school just had a Parents & Citizens meeting on Wednesday in which a lot of parents turned up for the meeting and expressed their frustration anger on the whole issue and some even suggested ideas on how to go about in addressing the ongoi ng fights.
“We have asked for every parent to come to school and have a one on one conversation with their child’s class patron and find out about their behaviour in the school and outside of school so they help their children to keep away from fights or activities that can jeopardise their education” said Mr Gau.
Meanwhile, Mr Gau said 80% of his students are good students who are only interested to learn but it’s just a few minority that are involved in fights and other activities. PNGFM / ONE PNG
SHARE THIS
Share it Tweet Share it Share it Pin it