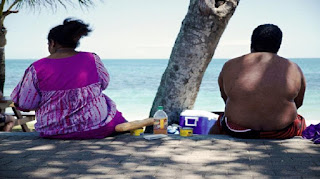 Testament to the urgency and strong commitment to effectively tackle the non-communicable diseases (NCDs) crisis in the Pacific region, over 120 high-level delegates representing Pacific Island countries and international development partners will gather

The Summit from 20-22 June will be opened by the King of Tonga, King Tupou VI, and will include an address by UNDP Administrator Helen Clark on prioritising NCDs within the context of the Sustainable Development Goals.

Also participating in the Summit will be the President of Kiribati, Taneti Maamau; Tonga’s Prime Minister, Akilisi Pohiva; ministers of health from some 14 Pacific countries; World Diabetes Foundation Managing Director, Dr Anders Dejgaard, and high-level participants from the governments of Australia, New Zealand and the USA, the Pacific Islands Forum Secretariat, WHO and the World Bank.

“It will be a privilege to be at the Pacific NCD Summit, a unique and needed event held at the epicentre of the global diabetes epidemic,” Dr Dejgaard said.

“I look forward to learning what experts and policy makers from throughout the region have to say about the NCD crisis and how to combat it. The problems you face today will reach the rest of the world in the very near future,” the WDF Managing Director said.

The three-day summit agenda will include discussions on national sustainable development priorities and government commitments, with one day devoted to diabetes, as well as covering youth and NCDs, the Pacific NCD Roadmap, the Healthy Islands Vision Monitoring Framework and the role of the media in addressing this crisis.

“Despite all our current efforts and declarations, non-communicable diseases, such as heart disease, cancers, lung disease and diabetes are still the leading cause of death in the Pacific accounting for up to 75 per cent of deaths,” the Pacific Community Director-General, Dr Colin Tukuitonga, said.

“We need the added muscle of all sectors of society working together, including funding support and commitment from governments and development partners,” Dr Tukuitonga said.

With the theme Translating Global and Regional Commitments into Local Action, the Pacific NCD Summit will be hosted at the Fa’onelua Convention Centre in Nuku’alofa.

It is being jointly organised by the Government of Tonga and the Pacific Community (SPC), supported by the Australian Government, New Zealand Aid Programme, Government of the United States, World Bank, World Diabetes Foundation (WDF), World Health Organisation (WHO) and the United Nations Development Programme (UNDP