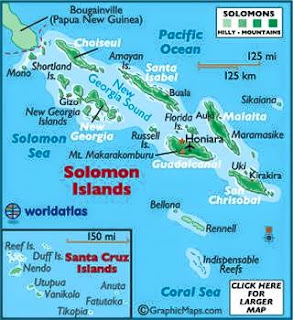 Reports have submerged from sources in the Solomon Islands that 15 Papua New Guineans were found in Honiara after they drifted off from the PNG waters.
The 15 are believed to be from New Ireland province and they drifted off when the engine of the 23 feet banana boat they were travelling in cut off on their way to Lihir from Namatani.
They were out in the sea for 6 weeks and found by a fishing vessel which then brought them to Honiara on Monday the 9th.
New Ireland Disaster Coordinator Mr Michael Lamusan confirmed receiving reports on the incidents but he is yet to confirm details of the incident, including a report that one of the passengers died at sea.
“ According to the report that I received, they’ve found 15 people but I’m still trying to get in touch with the PNG High Commission to Solomon Island so we can work together to arrange their repatriation” said Mr Lamusan. PNGFM
SHARE THIS
Share it Tweet Share it Share it Pin it