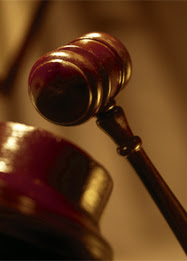 A man from Manus who was sentenced to death, last week, has forty days to appeal the punishment.
The National Court in Lorengau also slapped Alphonse Hapot from Mal in Western Manus, with 60-years life imprisonment.
The court found 28 years old Alphonse Hapot guilty for the willful murder of 28 year old Brenda Ben and two of her children aged 8 and 10 years old in September last year on Mal island.
It was revealed to the court, the accused could have killed this two children to conceal the evidence of crime after he had raped and killed their mother.
The deceased were later found with their necks slashed almost beheaded.
Justice Nicolas Kiriwom after considering the case had sentenced the prisoner Alphonse Hapot to 60 years in prisonment with hard labour for wilful murder of Brenda Ben, and death penalty for the wilful of the two innocent kids.
The prisoner has 40 days to appeal the death penalty.
Hapot will be transferred to Bomana's maximum security unit to serve his punishment.