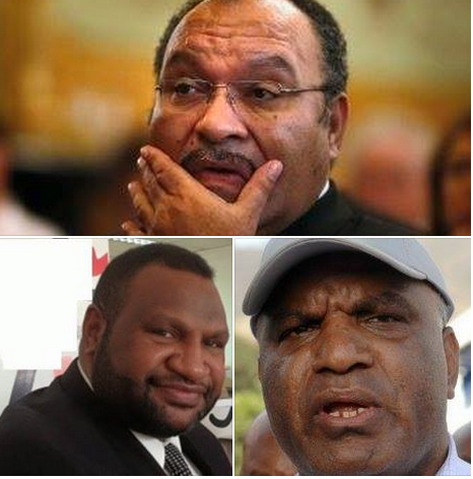 A Supreme Court Appeal filed by Finance Minister James Marape to review a decision of the National Court in June 2014 has been dismissed.
The appeal was supported by Prime Minister Peter O'Neill and Justice Minister Ano Pala.
It was consented or agreed to by the Police Commissioner.
Minister Marape wants a proper audit to verify all legal bill paid out since 2003 to the Paul Paraka Law firm.
They sought two separate relief in the appeal which was dismissed.
Paul Paraka had opposed the application with Fraud Director Matthew Damaru and his deputy Timothy Gitua.
Maivo Lafanama from NBC News spoke with Mr Damaru after the decision this morning.
Damaru: "Its a big achievement after almost two years of a coming and to and from the court house. The decision made by the court is a majority decision, and am very pleased. Now that is gone we are free to do what we can. Maivo; The arrest warrants against the Prime Minister as issued by the District Court still stands, now with the decision whats likely to happen?
Damaru: With the actual warrant of arrest, its a separate proceedings, and its currently restrained and we can not do anything much on that but, ah with other parties involved in that whole scenario, whole case, now we are free to go and do our job. Maivo: So your basically saying that the investigations and whatever arrests need to be made will be made?..
Damaru: Yes,