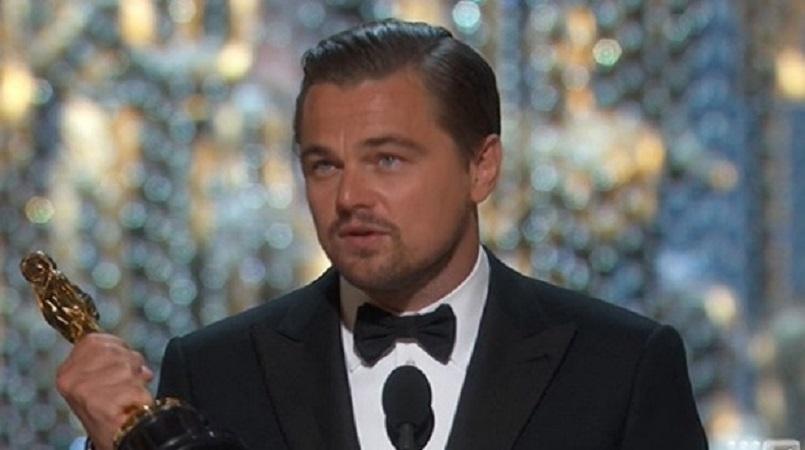 Hollywood actor Leonardo DiCaprio may be banned from returning to Indonesia following his criticisms that palm oil plantations are destroying the country's rainforests and endangering wildlife, an immigration official says.
The Oscar winner recently made a one-day visit to protected Mount Leuser National Park in northern Sumatra and uploaded photos to his Instagram account, expressing concerns over species whose habitats are threatened.
"The expansion of palm oil plantations is fragmenting the forest and cutting off key elephant migration corridors," he posted.
Heru Santoso, the spokesman for the Directorate General for Immigration at the Law and Human Rights Ministry, said that DiCaprio used his visit to discredit the palm oil industry and the Indonesian government.
"We support his concern to save the Leuser ecosystem," Santoso said on Saturday.
"But we can blacklist him from returning to Indonesia at any time if he keeps posting incitement or provocative statements in his social media."
Slash-and-burn practices destroy huge areas of Indonesian forest every year during the dry season, creating haze that pollutes neighbouring countries and causes massive economic losses, as well as contributing to Indonesia's carbon dioxide emissions. The fires are often set to clear land for agriculture, including palm oil plantations.
Santoso said companies and organisations that objected to DiCaprio's comments have the right to request that immigration authorities bar him from re-entering Indonesia, though none have done so yet.
He said DiCaprio entered and left Indonesia legally with a proper visa and immigration documentation. DiCaprio and his entourage arrived on a private jet at Kualanamu Airport on the island of Sumatra on March 26, and the group took a helicopter to the protected park, and left the island a day later.
DiCaprio is not the first Hollywood star to anger Indonesia's government with criticism of how it treats the environment.
Harrison Ford, known for his starring roles in the Indiana Jones and Star Wars films, has visited several national parks and caused a stir by interviewing activists, business people and government officials.
Source:
AAP
SHARE THIS
Share it Tweet Share it Share it Pin it