Home Headlines PNG News Leaders should not be silent: Somare

Leaders should not be silent: Somare 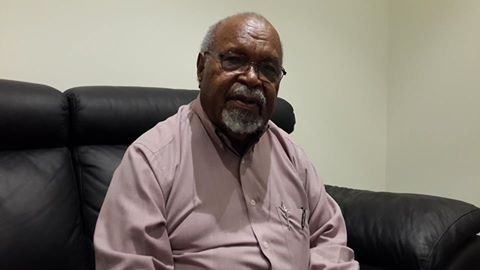 Press Release
The Governor of East Sepik and founding Prime Minister, Sir Michael Somare called on all members of parliament to represent the interest of their electorates and the true intent of the Constitution to
protest against the current and continued manipulation and deterioration of institutions of state.
Sir Michael said, “People of Papua New Guinea must not tolerate elected leaders who are condoning the actions of the O’Neill regime by remaining silent. Silence means acceptance of the glaring abuses of processes that are taking place around us. “Before long our institutions will be completely useless because elected leaders have neglected their duties to stand up against the current manipulations by leaders holding high offices.
“I support whole heartedly the call by another former Prime Minister, Sir Mekere Morauta’s public statement of 17 April 2016, for Mr O’Neill to stop disrespecting the country’s highest office.
“Throwing the word ‘integrity’ around to conceal abuses is absolutely deceitful and wrong. To have integrity is to submit yourself to processes of law and the State of Papua New Guinea.
“I thus call on Mr Peter O’Neill to respect the Office of the Prime Minister and surrender to police and appropriate authorities so they can carry out their duties without obstruction and interference.
Calling members of the Royal PNG Constabulary vigilantes is intolerable when officers of the law are merely carrying out their Constitutional duties. No person including myself is above the law.
“Sir Julius submitted to our laws following the Sandline crisis, Mr Wingti submitted to our law after the courts declared his actions in parliament to be unconstitutional; I submitted to a leadership
tribunal and accepted the penalties of its ruling.
“I now appeal to Mr Peter O’Neill to do the same and submit to our laws to uphold the INTEGRITY of the Office of the Prime Minister. “Unfortunately it saddens me to state that in the same manner that Mr O’Neill steadfastly held on to office after the Supreme Court declared twice in 2011 and 2012 that his government was illegal, he continues to exhibit the same characteristics through the ongoing rhetoric and manipulation.
“In order to clear charges against him relating to the Paraka Case, Mr O’Neill must submit himself to the orders of our courts so that others who also have pending arrest warrants can do the same. In the interest of the people of Papua New Guinea Mr O’Neill must stop eroding the institutions of government for the sole purpose of defending himself.
“Sadly our Police Constabulary is in disarray. The previous two commissioners who defended Mr O’Neill have been set-aside with contempt charges against them. And Mr Baki’s continued defiance of court orders in defence of Mr O’Neill is on a collision course with the judiciary.
“Needless to say all eyes are on our judiciary to continue to uphold our Constitution and protect the rights of all citizens even the Prime Minister if he has been wronged. “It is the obligation of every citizen of Papua New Guinea to be vigilant and observant about the rule of law and not tolerate breaches  and abuses by any individual especially elected representatives. “I therefore urge Mr O’Neill to respect the people of Papua New Guinea who are all watching their institutions of state being played for the convenience of a few. If you are innocent, surrendering to agents of
the law is the only way that any charges against you can be cleared,” said Sir Michael.
SHARE THIS
Share it Tweet Share it Share it Pin it