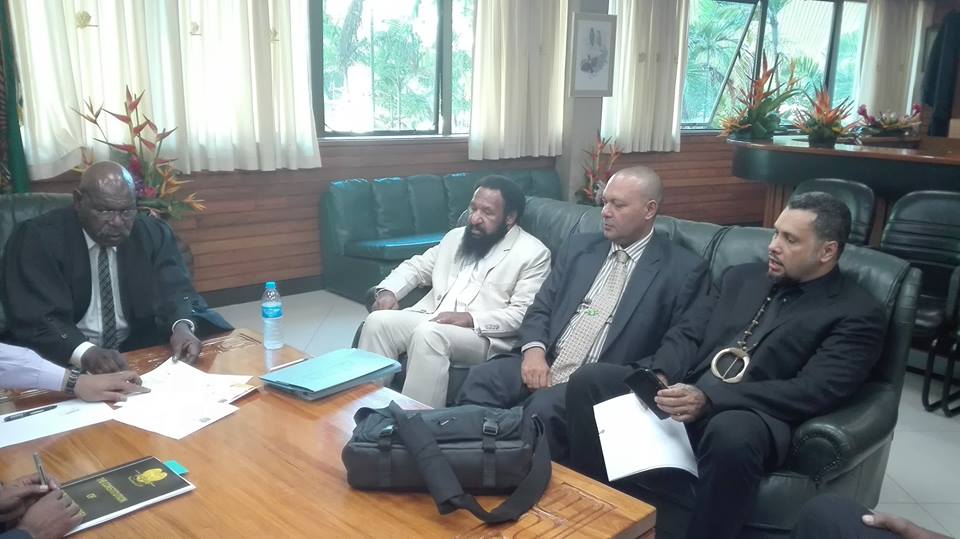 Opposition has announced today that its mover and Bulolo MP Sam Basil at 2pm presented to Deputy Speaker Aide Ganasi its third attempt of a motion for a vote of no confidence against the current O’Neill-Dion Government. This was seconded by the Grand Chief Sir Michael Somare.
In a press conference after Parliament was adjourned, Don Polye says he had spoken to other members and Ministers and is confident that this motion will be successfully tabled by next week. He has also called on all unions and the people of PNG to support this move to ensure that this government is removed. Opposition is also confident that this sure will be demonstrated on the floor of parliament when delivered. A parliamentary committee will decide if and when the motion will be debated in parliament, but it is likely to be next week. PNGFM/ ONEPNG
SHARE THIS
Share it Tweet Share it Share it Pin it