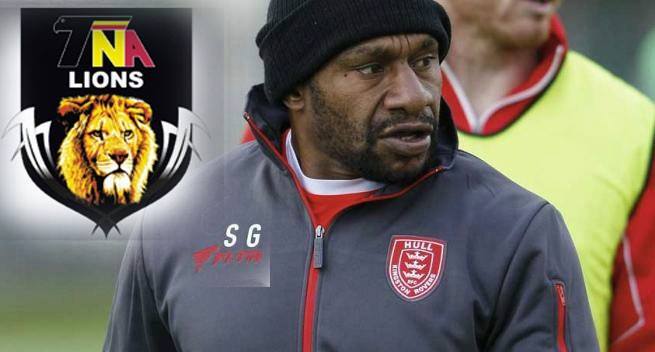 The Digicel Cup franchise club TNA Simbu Lions made an official announcement today that former Kumuls strong hold Standley Gene was appointed as the new coaching Director and former Port Moresby Vipers Coach Leonard Tarum will take over the reign from Hans Kaybing as the new coach for the club.
Gene arrived in Port Moresby on Sunday and joined up with the boys. According to TNA Simbu Lions Franchise owner Gerard Philips training has already commenced for the boys who are anticipating a good year of footy with the experiences of Gene and Tarum.
The Lions had a thrilling season last year falling short of claiming the Digicel Cup in the grand final play off against the Rabaul Agmark Gurias.
The team will be training in Port Moresby at the Lions’ Den in Port Moresby following Chimbu Governor Noah Kool’s intent to put a team to represent the province and has allocated the Dixon Oval which the lions use for their training to the provincial team. Philips added that all their training will be done in Port Moresby.
“The main reason is that the Chimbu Governor has decided to put his own team and he has given the field to the team to use for the season.”
Consequently a K2 million kina was invested into the construction of a new gym and training facility located at 6mile Port Moresby work has already commenced on the Lion’s Den.
SHARE THIS
Share it Tweet Share it Share it Pin it