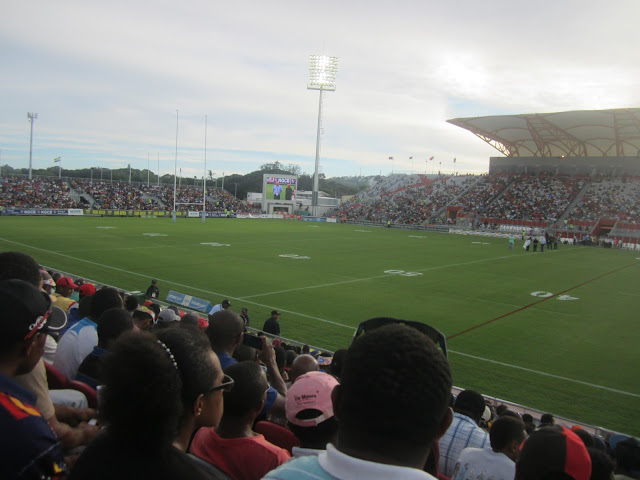 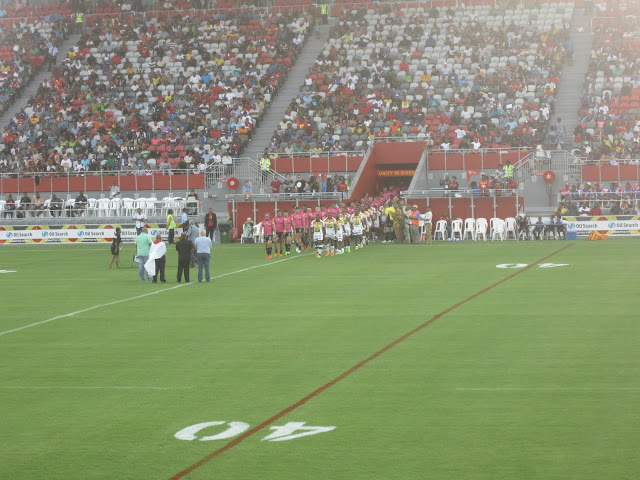 Prime Minister Peter O'Neill also thanked the Penrith Panthers for accepting the invitation to come and play the Hunters at the stadium. The game was part of the official opening of the stadium.

The Penrith Panthers with their NRL experience defeated the Hunters 20 - 12 in a evenly contested game.

A magnificent fireworks was displayed after the game. The stadium will be the home of SP PNG Hunters.