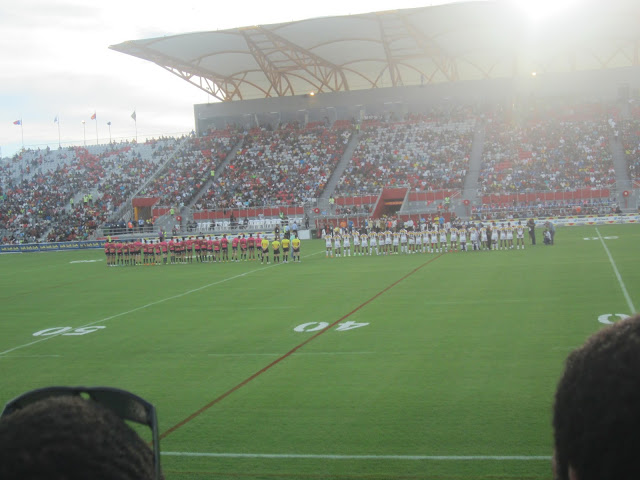 The SP Papua New Guinea Hunters went down to Penrith Panthers 20 - 12 in a trial match  at the National Stadium in Port Moresby last night.

The game was played under the lights and a huge crowd well over 15 000 packed the stadium. The match was part of the official opening of the stadium. Papua New Guinea Prime Minister Peter O'Neill officially opened the stadium and also kicked off the game.

The Panthers wasted no time scoring the first try through Leilani Latu in the first quarter of the game.  Captain Jamie Soward converted the extras and lead 6 - 0 .

The game was intensified with big hits and bone cracking tackles from both sides. The Hunters fought back with a try through Adex Were before half time. The conversion was unsuccessful and the home team trailed 6 - 4. 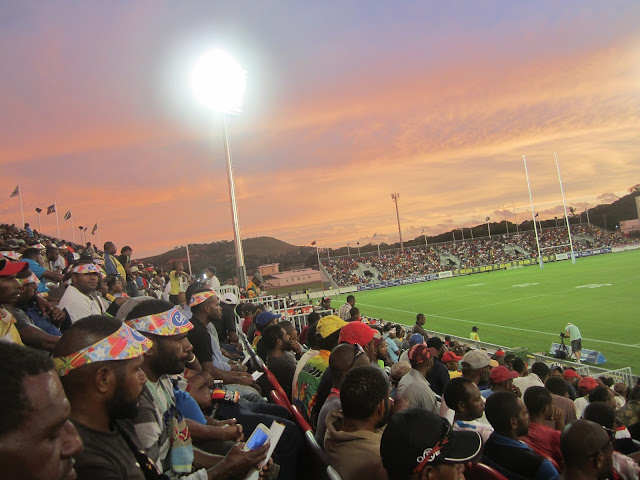 Panthers extended the lead  right on half time through  Josh Hall. Soward the sent the ball between the uprights and take the 12 - 4 at half-time.


In the second half, the Hunters sent the home crowd into rapture as they pounced on and scored through new recruit Philemon Kimiseve to reduce the margin  12 - 8 with unsuccessful conversion.

It was anyone's game as both sides exchange different style of skills in attack and in defence. The Panthers with their NRL experience outclassed the Hunters with two more tries through  Malakai Zelezniak to take the score up 20-8 after two unsuccessful conversations. 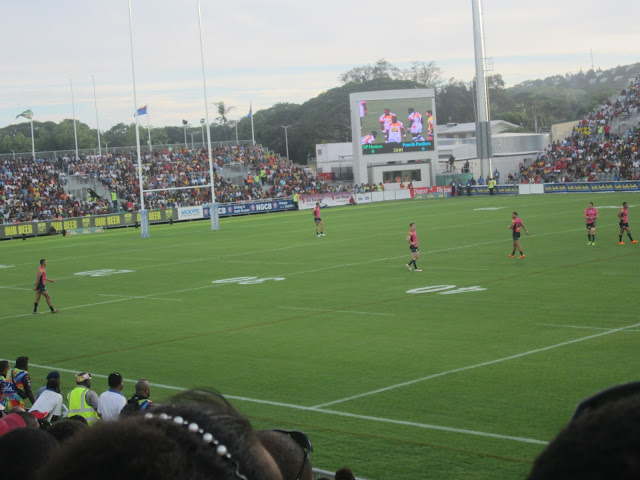 The Hunters scored a last minute try through Sailas Gahuna  to reduce the margin to 20 - 12 to fulltime.