PNG to provide K5.5m to Fiji 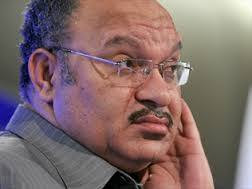 The Prime Minister, Peter O’Neill , has announced that Papua New Guinea will this week provide 5.5 million Kina to Fiji for the recovery effort following cyclone Winston last week.
PM O’Neill said the funding is intended to purchase shelter, food and medicine for people affected by the serious tropical storm.
“We hope this funding will make a difference for many people who have lost family members, have lost their houses, lost their possessions and lost their sources of food,” Prime Minister O’Neill said.
“The National Executive Council made the decision last Thursday to make the allocation that we know is badly needed.
“Dozens of people are known to have been killed and many more injured.
“Tens of thousands are homeless and businesses have been destroyed.
“In the Pacific we pull together when disaster strikes and this cyclone is no exception.
“There is still an enormous amount of cleanup required around the country.”
The Prime Minister said the magnitude of the tropical storm is another example of the extreme weather that the region will have to be prepared to deal with in the future.
“Our weather patterns are changing, and climate change is making weather events more extreme.
“We saw the devastation caused by Cyclone Pam last year and other extreme weather events in our country and around the region.
“While the world has taken the right steps forward from the climate change convention in Paris last December, the effects of climate change are not about to lessen yet.
“As a global community we will work together to manage emissions, but we also have to be better prepared to manage the extreme weather that we are facing today.”
PM O’Neill advised that the disaster relief funding would be paid directly to the Fijian Government for immediate use.
SHARE THIS
Share it Tweet Share it Share it Pin it