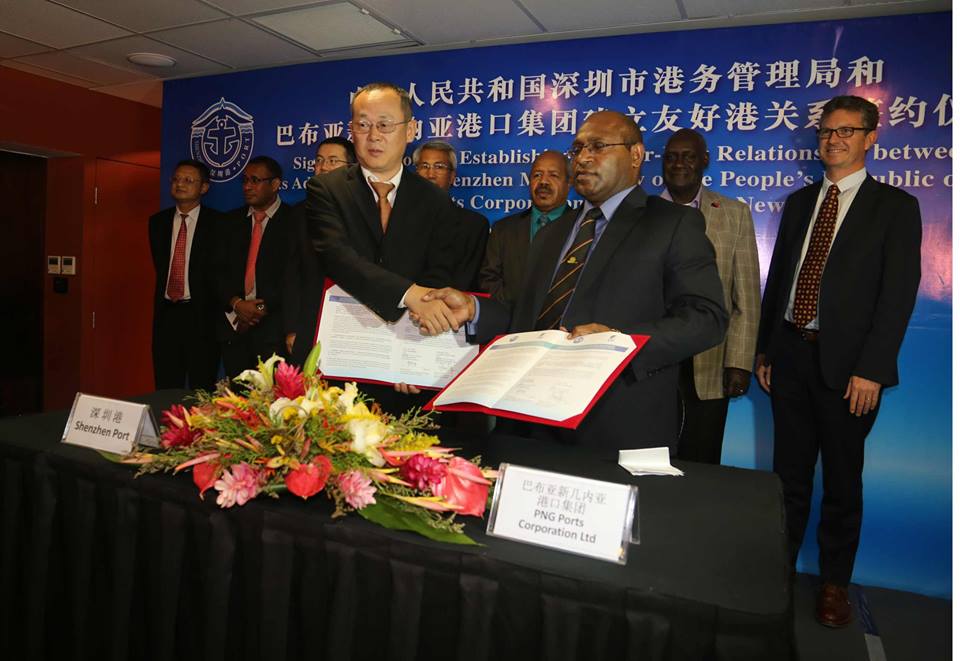 PNG Ports Corporation has engaged with the Shenzhen Port Administration from the People’s Republic of China, in a sister-seaport relationship today in Port Moresby.
A signing ceremony between both parties occurred at the Grand Papua Hotel to mark the occasion.
Shenzhen Port is one of the busiest and fastest growing ports in the world and is home to 39 shipping companies who have launched 131 international container routes.
It is located in the southern region of the Pearl River Delta in China's Guangdong province and is spread along Shenzhen city’s 260 km coastline.
It is the economic hinterland for Hong Kong trade with the Mainland and also one of the most important ports in terms of China's international trade.
PNG Ports Chief Executive, Stanley Alphonse in address said, “35 years ago, Shenzhen was no more than a fishing village of 30’000 people, which grew to a sprawling industrial, technological and financial megacity, with a population in excess of 12 million people.”
“Papua New Guinea has much to learn from Shenzhen and we value the opportunity to develop trade between our ports and the port of Shenzhen,” Mr. Alphonse said.
National Capital District Governor, Powes Parkop said the country’s primary ports in Lae in Port Moresby are set to become significant hubs in the Pacific Region.
“This is a good opportunity to share skills, knowledge and information on the port business and trade between both ports,” Governor Parkop said.
Shenzhen Port is home to 39 shipping companies who have launched 131 international container routes.
The sister-port relationship also adds and challenges Papua New Guinea’s capacity on the international stage as it joins the Port of Santa Cruz in Spain, which is also a sister-port to Shenzhen. PNG TV / ONE PNG
SHARE THIS
Share it Tweet Share it Share it Pin it