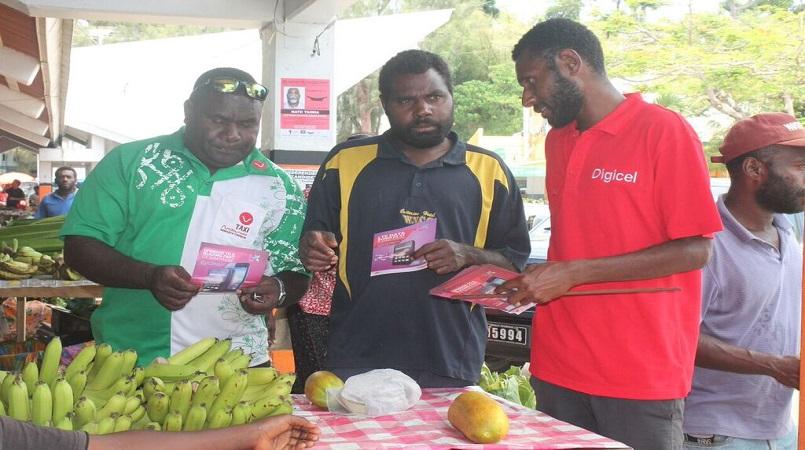 Vanuatu’s best, largest and fastest network, Digicel, just got better with the launch of its LTE network – becoming the first and only LTE service provider in Vanuatu.

LTE is the most advanced technology in terms of speed, ahead of 3G and even 4G. Now with LTE, those in coverage areas can access the Internet up to ten times faster than before – an immense benefit for both businesses and consumers.

At the launch of their superfast LTE network, Digicel Vanuatu CEO Mr. Yaser Maher praised the Government of Vanuatu for its assistance. “The licence the Government has given us, allows us to provide the people of Vanuatu with a world-class Internet service,” he said. “It’s no small step; rather, one giant leap; in Digicel’s evolution, as we continue on our journey to become the best Total Communications and Entertainment Provider in the region.”

Digicel LTE will effectively allow people who live in Port-Vila to do more on the Internet, in much less time. It’s superfast, accessible and affordable. It’s the ultimate ‘wave’ for those who like to surf the Internet, or upload a lot of data – such as photos or video clips – using social media. To celebrate this milestone, Digicel has also launched a whole set of new data bundles offering the best value to people in Vanuatu. With bundles starting from 50MB and up to 30GB, there are bundles to accommodate all our dear customers’ needs.  LTE customers will enjoy blazing fast Internet at an affordable price.

Testing the network for the first time, Collyne from Tagabe in Port-Vila was amazed at how quickly she could stream videos on YouTube. “I could watch them as they were loading,” she remarked. “After the video loaded, there was no buffering, I didn’t have to wait for the video to ‘catch up’. It was just like watching TV!” Johnny from Fresh Wota in Port-Vila was equally impressed, commenting on how quickly he was able to share images on Facebook and Twitter with his family and friends here and abroad. “I can send messages and photos from my phone really quickly – and receive feedback from my friends straight away.  It’s amazing. It is faster than lightning! And, those new bundles are so affordable I can get Free Facebook for a whole week. That’s 500MB for only 700VT!”, he said.

Mr. Maher added, “Since Cyclone Pam, we have been focussed on rebuilding, investing and innovating to ensure the people of Vanuatu have access to the best products and services in the world. Vanuatu’s new LTE network further demonstrates our commitment to developing and improving the nation’s access to communication and entertainment for consumers and businesses alike.”

Every step in Digicel’s evolution has sparked something of a revolution in the local communications industry and the introduction of LTE will prove no exception.

To start using LTE services, those with an LTE capable device need to swap over to a new SIM card, they maintain their number, just the SIM changes. For those looking to purchase an LTE capable device, Digicel stores provide devices that range from 13,000VT to 85,000VT. You can also get LTE on the go with an LTE MiFi starting at 7,900VT, an LTE Modem that can connect up to 10 users starting from 14,900 VT or an LTE router that can connect up to 32 users at 12,000VT

Digicel as the Number 1 Operator and the Technology Leader in Vanuatu, is committed to support the people of Vanuatu by introducing the latest technology available in the world.