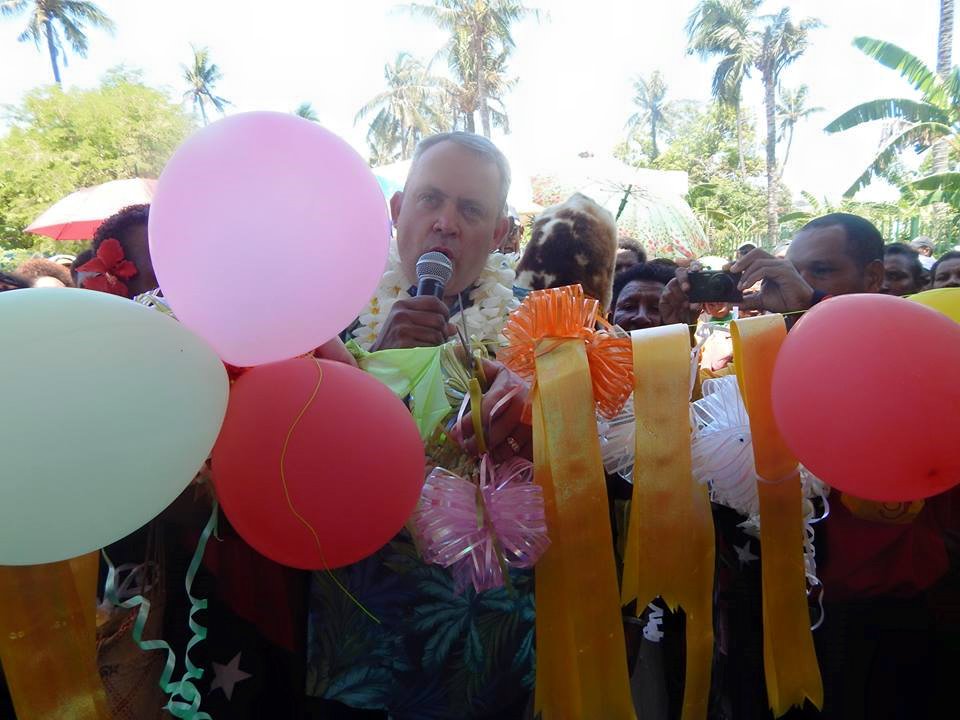 Formerly known as Horse Camp where settlers from Gulf and Western Province occupied this area known to Port Moresby as notorious, Joyce Bay is a settlement community in Moresby South electorate that has seen little to less development until the recent times when roads, drainage systems and a new community hall which was officially opened today were constructed in the area.
Home to over 7000 residents from all over Papua New Guinea today, Joyce Bay used to be an area where the residents had water problems, deteriorated roads, no community hall and had to lived in fear of the police as there were criminals who would seek refuge in the settlement when chased by police but this is not the case today.
Mothers and youth groups had to meet in churches and residential areas to conduct their community association meetings but today marked an event that will surely change the lives of people living in this suburb of the Papua New Guinea’s capital that hardly receives recognition from the government.
The new community hall that was officially opened today by Moresby South MP and Minister for Sports as well as Tourism and Culture Hon MP Justin Tkatchenko will cater for community activities, meetings and conferences. The facility boost a wide spacious hall, a modern outlook kitchen, shower room facilities 4 back up water tanks and pumps, multipurpose sports court, secured outdoor lightings and a secured parking space.
Minister Tkatchenko told the resident of Joyce bay to take ownership and full responsibility of the hall as it is an avenue for them to gather, socialise and initiate ideas for community development. He further stated that such projects are aimed at raising the standards of living and turning settlement into suburbs. The minster added that the completion of the project would not have been successful if it were not for the assistance of NCD Governor Powes Parkop.
It was an exciting day for the community who gathered to witness the opening and for the leaders of Joyce Bay Youths Association and Joyce Bay Widows association, this facility will boost their activities.