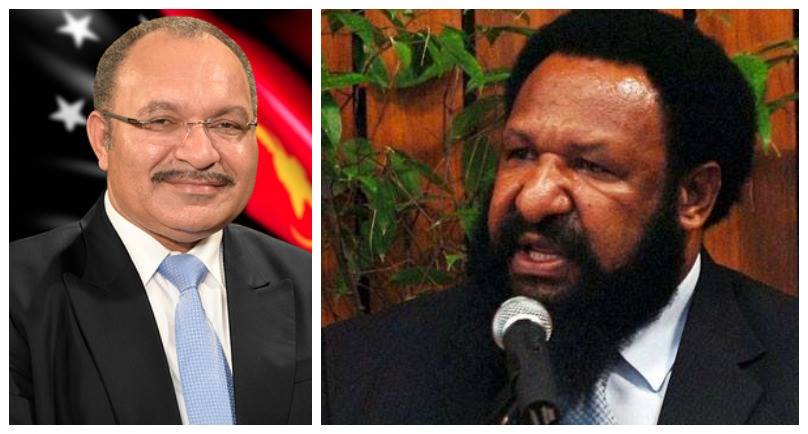 PORT MORESBY: The reports of deaths by starvation in Western and other provinces have been attributed to the lack of effective disaster response in the country, says Opposition Leader Don Pomb Polye.
Mr Polye has slammed the Prime Minister Peter O’Neill for directing his government’s response through the District Development Authorities.
He said such direction had forced the DDAs to forgo priority infrastructures when the funds were mobilized for relief supplies or vice versa.
“Open MPs chair the boards and often appoint their political allies to dominate the boards.
“Researchers and other experts have described how some MPs direct relief efforts to their political supporters rather than according to the communal need,” said Polye.
He said the writing was on the wall that the government did not release significant funds in 2015 for drought relief, adding it only instructed the DDAs to fork out K2 million each from their DSIP funds for drought relief.
“Sadly, the Prime Minister failed to fully release K15 million per district.
“For my district in Kandep, we only received K5 million out of K15 million last year and most of this fund has been used to buy relief supplies for my people,” he said.
He further said other MPs had told him that their districts also faced similar cuts in funds.
Polye added that the alternative government, when in power, would isolate the National Disaster office from the Department of Inter-Governmental Relations.
“We will create an authority called the National Emergency and Disasters Mitigation Council.
“This body will be specialized in emergency response and disaster mitigation in the country,” he said.
Polye said this new organisation must be adequately capacitated to monitor and forecast natural disasters for minimising adverse impacts on the people.
The organisation, he said, would be different from other bodies where a sufficient annual funding will be allocated for any unforeseen disasters.
“Enough funds are to be provided and not released until a disaster is declared or an emergency occurs.
“The new organisation must be equipped with the latest disaster and emergency detection and awareness data, devices and systems for all types of disasters,” he said.
SHARE THIS
Share it Tweet Share it Share it Pin it