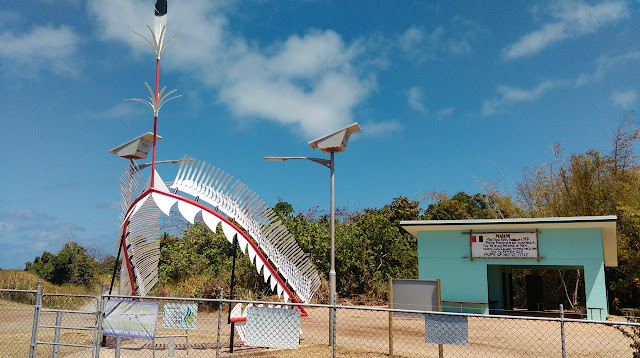 Access to improved health infrastructure in the Torres Strait has been made available through a pilot
program of co-funding between the Torres Strait Regional Authority (TSRA) and Torres Strait Island
Regional Council (TSIRC).
The TSRA Chairman, Joseph Elu, said that infrastructure projects valued at around $800,000 have
been completed since the co-funding agreement was reached in April 2014.
“The TSRA recognises the financial challenges faced by councils in providing essential community
facilities and the need for better integration of service delivery throughout the region,” Mr Elu said.
“The co-funding agreement means that the TSRA has provided a 50 percent contribution towards the
delivery of nine infrastructure projects throughout the region, seven of which have been successfully
completed.
“These projects have the potential for a significant and positive impact on communities including
improved social inclusion and recreation, health and safety and community amenity outcomes.”
Projects completed to-date include improvements to community halls on Badu and Saibai, airport
fencing on Boigu and a new airport waiting shed and amenities on Mer.
The Hammond Island community has also received a new shade sail for the basketball courts, and
solar lights on the wharf for improved community safety while fishing and travelling to and from
home.
TSIRC Mayor, Fred Gela, said the projects were identified from Council’s Community Plans that have
been developed in consultation with communities.
“Each project identified and completed aligns to the Torres Strait and Northern Peninsula Area
Regional Plan 2009-2029 and contributes to the government Indigenous Advancement Strategy and
to Close the Gap in disadvantage between Indigenous and non-Indigenous Australians. The projects
to be addressed through the co-funding agreement were identified by councillors in November 2013
according to a priority of community need,” Mr Gela said.
“The new Mer airport waiting shed, for example, was a high priority for the community, as it
replaced a non-enclosed skillion roofed structure, with logs for seats and no toilets.
Page 2 of 3
“The community now has a comfortable waiting area with protection from the weather and access to
the health benefits associated with the provision of public amenities.”
Mr Elu said that following the success of the pilot program, The TSRA Board has agreed this model of
funding should be considered for other councils in the region.
“The TSIRC, Torres Shire Council and Northern Peninsula Area Regional Council will each have the
opportunity to submit project proposals in 2016 based on community defined areas of need,” Mr Elu
said.
“Councils have already been advised of eligibility and assessment criteria.
“Community members should speak with their local councillor or divisional manager as soon as
possible about any areas of concern or need that could be addressed through improvements to
minor infrastructure.”