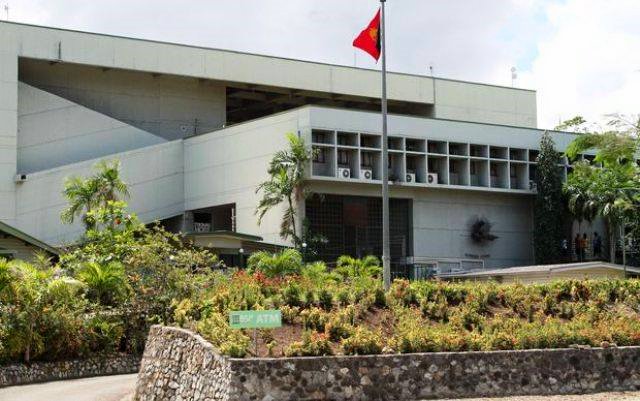 The case regarding the disputed governor seat for Hela Province was heard this morning at the Supreme Court by Judge Justice Bernard Sakora, who will give his ruling tomorrow.
Lawyer Philip Ame who represented Komo Magarima Mp Francis Potape, argued that his client had the numbers in the Hela Provincial Assembly members that voted him to the Governor’s position hence he should retain the governors seat.
However, Governor Anderson Agiru’s lawyer, Mr Goiye Gileng refuted saying his client was mandated by the people of Hela and voted Governor in 2012 election and has served 3 years in the position and deserves to see his term through til the next election.
Justice Sakora told both lawyers of both parties that their submissions were so detailed hence he will need to go through each submissions and make a ruling on this case tomorrow.
He says his ruling will be primarily based on respecting the rights and interests of the people of Hela.
Furthermore, Justice Sakora said "Matters that are before the courts are not supposed to be taken upon or dealt with by a politician or any members of the country."
This was a disappointment raised by the Supreme Court Judge Justice Bernard Sakora today in relation to an article published in the media where Minister for Provincial & Local Level Government Leo Dion Acknowledge Francis Potape as Governor for Hela while the Courts acknowledged Anderson Agiru.
"This is totally injustice and these people who do not really understand the law are interfering with legal procedures and causing confusions all the time."
Justice Sakora has stressed that members of parliament have no right to comment or saying anything about any court case once it is before the courts and this understandings must be maintained.