12/18/2015 Headlines, Weired News, World News
Sylvester Mwendwa and Elijah Kimani have agreed to enter into a polyandry marriage contract with Joyce Wambui. Polyandry is a form of polygamy whereby a woman takes two or more husbands at the same time. 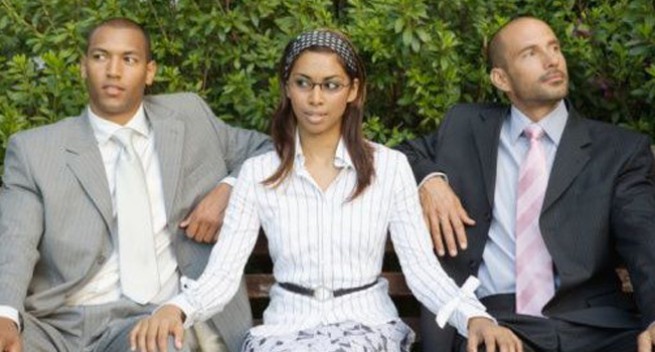 Wambui who is in her late twenties, is a widow and mother to twins. She had affairs with both men for four years. When the two men found out, the woman refused to leave either of them, leading to a contractual agreement between the three.

Abdhallah Abdulrahman, a local police officer attempted to make peace between the trio. “I heard people fighting and went to check, but I was surprised to see two men fighting over a woman who is said to be a widow and a mother of twins.

We discussed everything, and they agreed that even if the woman were to fall pregnant they will raise the child as their own since they have been taking care of the woman’s children together.”

Kenya’s NTV station published an excerpt of the contract. It states: “We have agreed that from today we will not threaten or have jealous feelings because of our wife, who says she’s not ready to let go of any of us.

Each one will respect the day set aside for him. We agree to love each other and live peacefully. No one has forced us to make this agreement.”

Mdendwa told BBC the agreement was a logical conclusion as he and Kimani had been at odds over Wambui.

“It could have been very dangerous if the other man would have come to her house and caught me,” he said. “So our agreement is good as it sets boundaries and helps us keep peace. She is like the central referee. She can say whether she wants me or my colleague.”