Home Headlines PNG News Polye hopes for zero tolerance on Violence in PNG in 2016, beyond

Polye hopes for zero tolerance on Violence in PNG in 2016, beyond 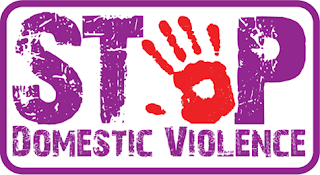 PORT MORESBY: Opposition Leader Don Polye says PNG needs a concerted effort from all stakeholders in fighting the violence against women, children and the disadvantaged if it wants a better society next year and beyond.
With the country’s worsening global index of violence, which demands much to be desired for improvement, Mr Polye has called on the stakeholders to take stock of their progress so far this year to try to take a rebound in 2016 and onwards.
Mr Polye made the comment on learning about a mother of two from Enga who has been on the run in fear of domestic violence from her fellow Engan husband.
“I broke into tears last night (Wednesday night) when I was watching the mother, giving an account of her misery at her husband’s hands on NBC TV’s PNG Tonight.
“When analyzing the issue in a bigger picture, we would have learnt that this is a sign and symptom of a country with break-down in rule of law,” said a concerned Polye.
He said this was not the first time but there were almost daily reports of similar violence of all sorts.
“I understand the case is before the police for immediate arrest of the husband so I hope something tangible will come out of this to do justice to the mother,” he said.
He has accused the Prime Minister and the Community Affairs minister of shying away from the issue.
“Looks like the current laws do not have the teeth to bite so in Parliament we have to pass much tougher laws to strengthen the systems and to apply severe penalties on those allegedly involved,” he said.
He said it was also frightening to learn in one of the scenes in which she claimed police asking her for refueling and other related expenses.
He had condemned this ‘rogue behavior’ and questioned what they could have expected from a mother, who only desperately wanted to be served freely and willingly.
He said the policemen should have rendered the service otherwise, as they are paid for this.
He added that this was a wrong footing for those responsible, urging the top brass in the Royal Constabulary to look into the matter.
He has also urged the Prime Minister and his government to adequately fund the police department ‘to give them a life of ease.’
Mr Polye has also deplored the actions of the husband, who seemed fit at times to breach the laws to serve his desire for more violence against his wife.
SHARE THIS
Share it Tweet Share it Share it Pin it