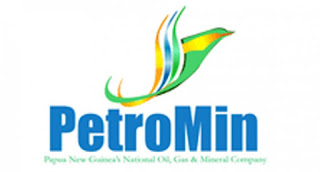 PETROMIN says it has no knowledge of any “discussion” between PNG Government and Rio Tinto over the Bougainville Copper Ltd.

But managing director Thomas Abe said the government had the prerogative to enter into such discussion.

He was asked whether the State-owned mineral company Petromin was aware of a reported discussion between Rio Tinto and the Government for the latter to buy the State’s 53.83 per cent share in the Bougainville Copper Ltd for $100 million.
“I am not aware of any discussions between Rio Tinto and the PNG Government,” Abe told The National.
“That is the prerogative of the National Government.
“We are currently operating as Petromin.
“The successor company, Kumul Minerals, formally commences operations by the end of June 2016.”
PNG Today Online recently quoted ABG President Dr John Momis  regarding the discussion between the Government and Rio Tinto.
Momis was reported as saying when addressing the ABG House of Representatives that he had been approached by several senior government officials including Prime Minister Peter O’Neill to discuss the matter.
Petromin chairman Sir Brown Bai said the company was usually invited by the Government to become party to such discussions.
But he said he had no knowledge of the discussion.
Attempts to get comments from the Department of Mineral Policy and Geo Hazards Managements were unsuccessful.
Bougainville Copper Limited is an Australian copper, gold, and silver mining company that operated the Panguna open cut mine on the island of Bougainville.
SHARE THIS
Share it Tweet Share it Share it Pin it