Maru first got elected into Parliament in 2012 as an Independent Candidate and joined the PNC Party.  He has remained loyal to the PNC party and supported the leadership of Party Leader and former Prime Minister Hon. Peter O’Neill in contributing to national leadership. 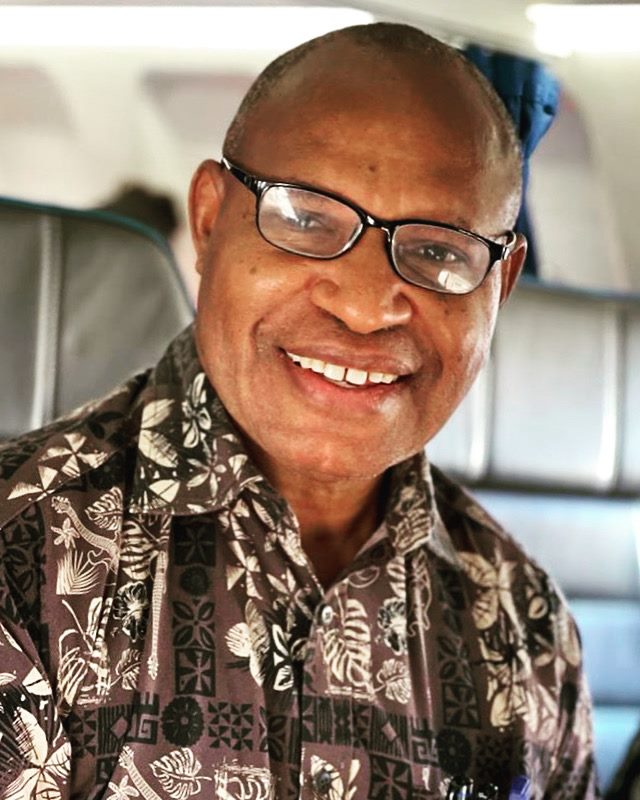 Maru sincerely thanks Hon. Peter O’Neill for having the trust and confidence in his leadership and for appointing him as Minister for Commerce, Trade & Industry [2012 – 2017] and National Planning & Monitoring [August 2017 – August 2019], and thanks the PNC Party for appointing him as the Deputy Party Leader.

“The experience I have gained in key areas of policy formulation when I provided the political leadership and oversight to deliver the Medium Term Development Plan 3 and some key policies of Government, including the first Trade Policy of our country, the SME Policy and the Revised Development Cooperation Policy and my successive passage of six different legislations during my time as Minister have all provided me invaluable experiences. As Trade Minister, I ensured PNG products, notably Ox & Palm, got into Fiji after PNG has been disallowed for many years.  I also put a stop to PACER Plus trade negotiations which I considered would benefit Australia and New Zealand more than Pacific Islands states.  My exposure and representation in all APEC Trade Ministerial Meetings and the APEC Leaders Meetings leading up to PNG hosting our first APEC Summit was very timely in developing me as a national leader”, says Maru.

Maru says PNC Party has good policies that has seen sustained economic growth, social transformation and infrastructure development like never before in PNG’s history.  It’s Tuition-Fee-Free (TFF) policy has enabled more children who were not going to school previously to access basic education.  The creation of District Development Authorities has seen Districts like his Yangoru Saussia District transformed as they invest in education, health, water, rural electrification, law & order, telecommunication and ensured rural Districts are attractive for economic investments and growth.

Maru specifically thanked Hon. Peter O’Neill and the PNC-led Government for funding the following projects worth over K500 Million in East Sepik Province and Yangoru Saussia District when he was cabinet Minister in his Government:

o Yangoru Mobile Barrracks (work under progress but requires immediate funding from the National Government to complete this year);

o Hawain Bridge (construction not yet commenced even after the awarding of the contract);

o Three (3) Bridges along YS section of the Sepik Highway (under construction);

Despite our efforts, PNG’s socio-economic development indicators continue to remain poor.  85% of our people in rural areas face unimaginable hardships and the welfare and wellbeing of these majority should be the focus of Government.  Opportunities go begging because of a lack of vision and direction in leadership and our meagre financial resources despite our vast natural resource endowments.

Maru further stated that he will move to the middle benches in the next Parliament sitting, so he can work in helping the Government in the following areas:

1)Support the implementation of the ICAC Law and related legislations like the Whistle Blowers Act and Unexplained Wealth Legislation so efforts to eradicate the corrosive culture of corruption in all its forms is institutionalized and the laws effectively enforced.

2)Work with the Government to enact, in the next sitting of Parliament, one of the key reforms he initiated when he was Commerce & Trade Minister and that is to bring back a comprehensive set of reserve business exclusively for citizens under the Foreign Investment Regulatory Legislation or an amended IPA Act.

3)Support more investment in food industry so we can replace the country’s multi-billion Kina food imports bill, thereby keeping PNGs wealth in the country and supporting our own farmers.

4)Work in partnership with the National Government to secure more large-scale sustainable agriculture investments in the Sepik Plains where Yangoru Saussia District hosts over 25,000 hectares of State land.

5)Promote the Greater Sepik Region as the next agriculture-based economic powerhouse of the country, and support Government in establishing the Wewak and Vanimo International Wharves, connectivity with Indonesia, and establish a free trade agreement with Indonesia.

6)Support the Government in any efforts to reduce the cost of doing business in Papua New Guinea.

7)Work with Govt to implement key policies in the reform of State-Owned-Enterprises, including the commercialization of the National Development Bank.

8)Push for the immediate setting up of the Credit Guarantee Corporation, which BPNG has been very slow to set up despite the Cabinet approving its set up in a paper he presented to NEC when he was Minister for National Planning & Monitoring. The entity is critical if we are going to reach our target of 500,000 citizen SMEs by 2030.

9)Be the voice for the people in rural PNG, and marginalized groups like people with disabilities, women and girls and youth.

10)Discourage the export of cocoa beans and push for an export tax for cocoa bean export and other raw materials exported out of PNG including fish, which can be processed locally to create much needed jobs and increase our value of exports and bring in much needed greater foreign currency inflows.

11)Continue the work to improve the quality of education in rural areas, particularly in pioneering his brainchild – the District School of Excellence concept.  Education is the ladder to our future prosperity and PNG must lay the right foundations to transform into a skills and knowledge-based economy – which is the future when all our oil, gas and gold have run out.

12)Build Districts as unique territories that must be developed into modern service centres and economic growth hubs so our people can access services and do business in their own Districts, thus reduce the hardships of travelling to towns and cities.  Attractiveness of rural Districts will attract highly qualified public servants, reduce urban migration and empower our people to create value from their strategic assets;

14)Have the Yekimbole to Huaripmo Road sealed so we can have the Sepik Chicken and Grain Project officially opened by the Prime Minister by mid-2021.

15)Work with Government and donor partners to develop an alternate electricity generation to supply the Yangoru Sausia District as a mini grid and provide additional electricity to the Wewak grid. This is now very critical as the Government has the responsibility to provide cheap, clean, sustainable and reliable electricity to all, especially to investors in large scale agriculture projects in the Sepik Plains.  Our limited and unreliable power supply generation capacity in Wewak which has resulted in continuous power black outs is bad for business and education and overall well-being in my District.

16)Assist Government to secure a number of key major investments for the country.

17)Look at alternate approaches to enhancing the potential of the K12 Billion per year Informal Economy which represents 15% of PNG’s GDP, 60% of non-resource GDP and provides 90% of incomes for local households, yet not included in our GDP calculations.  The K200 Million SME loans are inaccessible by the Informal Sector participants.

18)Support Government to look into revenue policies, with particular focus on transfer pricing and profit shifting by resource developers and MNCs, resulting in them paying less taxes than they should.

“With my experiences in my own District, I believe we can transform PNG, once we transform our Districts.  We need leadership that sets clear goals and agenda and drive the reforms through tangible actions and not political rhetoric”.

“I do not want to be wasting time on personalized tit-for-tat politics and quest for power but rather my focus will be to concentrate on providing alternative policy advice, constructive critique where necessary to better Government performance and be the voice for the voiceless.

“I look forward to being a fresh and alternate voice of the people to advance our national socio- economic development of our country in a mature, constructive and collegial spirit”.

“In terms of my political career I will be moving to the middle bench. In the meantime, I am considering my options and certainly my political future will be the subject of a further announcement in the coming weeks”, says Maru.