Long Agonny to End for City Residents of Gerehu Suburb

Bumpy rides, portholes and traffic jams along the Gerehu Drive via Modiki Drive to Tarumana Avenue will now become a thing of the past following the launch of the two-lane road upgrade to four-lane road. 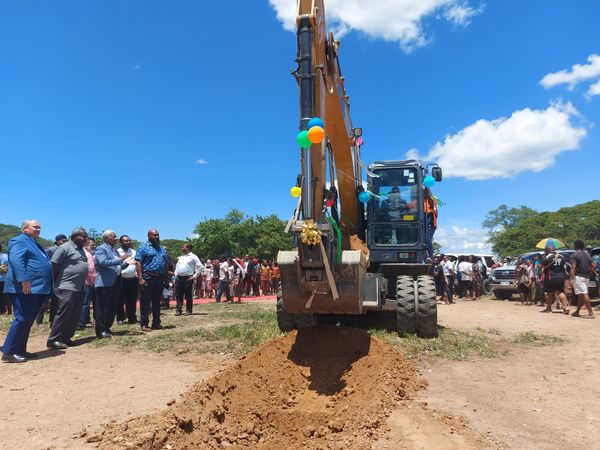 The upgrade of close to 5-kilometre road will connect Gerehu Drive to Nigibada street signifying the continuation of transformation for the city of Port Moresby.

It will be constructed at a cost of K39 million. The duration of the project is 18 months. The road will feature median strip with street lights, footpath, drainages and others.

The project will open up the corridors of Gerehu and create job and business opportunities for Papua New Guineans in NCD.

Having the privilege as Housing and Urban Development Minister under Marape-Basil government, Justin Tkatchenko thanked the Government to continue the partnership with NCDC to in major infrastructure when it comes to roads.

“These developments will allow city residents access to where ever they want to on good quality infrastructure roads,” said Tkatchenko.

Minister Tkatchenko announced that this is the third road project in the city that has been launched under the leadership of Prime Minister James Marape to ensure that infrastructure development is moving forward.

“As a minister, I will work with the Government and our Governor Powes Parkop to ensure that this road project is completed and delivered to our city residents on time,” said Tkatchenko.

Gerehu Community representative John Kerenga gul welcomed the Prime Minister and his delegates stating that the community is ready to work with the Government to allow the progress of this transformation and development.

“We will work together with the contractors to make sure this road that will be upgraded to four-lane, will be complete on time so that we can have access to a quality road,” said Kerenga Gulg.

‘’We, the business houses, including the city residents and the surrounding communities will surely benefit from these new roads” Raman said.

The city has transformed over the last ten years because of political stability.

Next : Two billion COVID vaccine doses secured, WHO says end of pandemic is in sight