PNC's Focus is the Future : O'Neill

5/29/2020 Headlines, PNG News
“It is insanity that at the height of global gold prices, Porgera is shut down and denying millions of Kina that should be going to landowners, to Enga Province and to the Nation," PNC Party Leader and former Prime Minister Peter O'Neill said.

Mr O'Neill, in a Press Release - dated 27 May 2020 and headed 'PNC IS STAYING STRONG WITH DEDICATED MEMBERS' - also said: 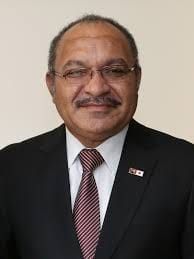 “PNC maintains ongoing strong relationships with Members of like-minded parties, both in the Government and Opposition, who we have worked with for many years."

“We are ready to work with our partners to restore confidence in our country and our economy, and recover from the damage that has hurt our people so much over the
past year.”

“For 27 years PNC has held true to our core beliefs, and our fundamental policies continue to be refined and strengthened."

“These are policies that are dear to our people, and are shared by elected leaders throughout the Parliament who were part of the growth and development we achieved over eight years.”

“PNC will return children to school, with an improved and higher quality education system, and return to the training of more teachers and building more classrooms."

“The recent redirection of health funding to pay for the State of Emergency has reduced the healthcare capacity in our country, and we will immediately restore
funding and work closer with our international healthcare partners."

“The past year has also seen a decline in our police force, with the name of the RPNGC further tarnished particularly with the misuse of authority under the SOE and human rights abuses by a small number of police."

“We will continue to weed out the bad apples, to promote our honourable and capable
officers, and implement real reform and improved transparency."

“The election of Benjamin Philip in Menyamya has demonstrated that our policies, our belief in our people, and our commitment to moving the country forward, particularly in remote and rural areas is what our Nation wants.”

“We will revive the now failed resources projects that will only advance when investors know there is a credible and honest government leadership back in place in Papua New Guinea."

“This includes working with Total SA so that they start moving again on Papua LNG, we will finalise negotiations to get P’nyang off the ground, and we will re-open the Porgera gold mine for the benefit of our people."

“Sensible governments deliver success for the people by creating jobs today and creating a brighter future."

“That was our approach for the past eight years in Government and we will continue to work with Members of Parliament to get our country back on track.”