People caught crossing PNG- Indonesia border to be fined up to K500,000: Police

It is a deterrent passed as a resolution by police and provincial Covid-19 response team because they are sick of disobedient citizens on both sides of the border who have continued to disregard efforts to prevent the virus coming into PNG. 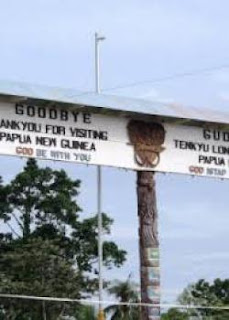 The resolution coincides with PNG’s move to bolster border security with an additional 30 soldiers deployed there. The vanilla trade and smuggling of drugs have been the big attractions, leading to many people taking risks and endangering the lives of people in both countries.

“We have now passed a resolution and agreed that if anybody is caught crossing the provincial borders or disobeying the orders that are in place will pay a fine of maximum K500,000 or they be arrested and charged under the SOE law or other related charges,” Supt Beli said .

“We are serious because we do not want the disease to enter our province and the country.”

“From the records the Covid-19 response team had in the province, most of the persons of interest in relation to the virus were from the Wingei area so they should not put the whole province at risk by doing things on their own and setting up roadblocks so they can travel around freely, without being monitored.”

Meanwhile, East Sepik Governor Allan Bird wants to know what the Government has found out over the last 10 days of lockdown.

He said declaring the state of emergency meant suspending people’s constitutional rights which should not be taken lightly.

“The executive Government needs to present the information that will justify us suspending our people’s rights for two months,” he said.

“I want to know what you have discovered during the lockdown,” Bird told Parliament

He said he wanted to know who was advising the Government to make decisions leading to the SOE.

“Is it the World Health Organisation?

“Is it the Health Department?”

“How do we know that this advice is correct?”

In response, Police Minister Bryan Kramer told members of the media in an interview after yesterday’s Parliament sitting that the SOE did not mean that people’s rights were suspended.

“No person’s rights is being suspended, we have enacted powers that have been (given) to the emergency controller to take immediate measures where necessary,” Kramer said.

He said those immediate measures might include decisions to quarantine and isolate persons of interest.

“We are not suspending any individual’s constitutional rights just because we extended the SOE,” he said.

Kramer explained that experts had already advised the Government on the reasons to justify an extension of the state of emergency right before the Parliament session.

“The experts have explained to the Government the risks of Covid-19 globally and the potential risks within PNG,” he said.

“The experts cannot come into the chamber of Parliament and explain those things.”

Kramer said the questions Bird asked in Parliament were explained prior to the sitting.