Papua New Guinea is identified as one of the most vulnerable countries in the wake of global climate crisis. Lack of basic government services in the most remote parts of the country has further deteriorated isolated communities and increased the vulnerability.

As such, PNG needs the help and support that is available for climate resilience actions. 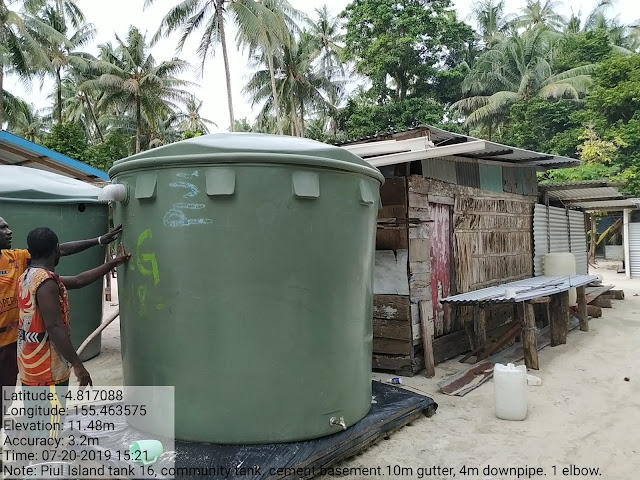 The impacts of climate change will only grow. Among those first affected are the small island communities and atolls in Papua New Guinea.

Despite the skeptics and critics, much is being done to respond. Led by the PNG Government through its agency the Climate Change and Development Authority (CCDA), partners like the Asian Development Bank (ADB) are doing their bit to support these efforts in Papua New Guinea.

Based on the recommendations of an Independent Expert Group, Papua New Guinea was selected as one of the countries in the Pacific to participate under an ADB funded project, Building Resilience to Climate Change in Papua New Guinea (BRCC).

The goal of this program is to help these countries transform to a climate resilient development path, consistent with national poverty reduction and sustainable development goals.

In its nature as a pilot program and supporting learning-by-doing, the program implementation ultimately aims to result in an increased application of knowledge on integration of climate resilience into development.

It seems that there is nowhere left on the planet where the effects of a changing climate are not being felt. Unfortunately, these affects of climate change are hitting developing countries harder than most.
Across the Pacific, a changing climate is expected to have a significant impact on future yields of everything from fish to rice, particularly in countries such as Papua New Guinea that are situated closer to the equator.

For Papua New Guinea, action against climate change requires continued and long-term commitment. The causes and consequences of climate change stretch far beyond the boundaries of individuals or individual countries. They are long-term and pervasive. Effective efforts require local, national and international action. Most importantly, it requires country ownership and political commitment.

This however must be done at the same time as supporting communities to prepare for the impacts of climate change.

During the last 50 years or so, increasing pressures on the resources are intensifying the country’s vulnerability due to extreme events such as natural hazards, including cyclones, droughts, earthquakes, volcanic eruptions and tsunamis.

In addition to these threats and pressures to the environment, expected changes that may arise from climate change and climate variability will likely further exacerbate these impacts and deplete the resources that are most essential for basic life support systems.

Papua New Guinea’s rural coastal populations, especially those living on small and atolls, remove, and low-lying coral islands and atolls, are particularly vulnerable to sea-level rise and other weather-related manifestations of climate change.

The Asian Development Bank (ADB) is providing a $24.25 million (PGK82.91million) grant to help PNG build up its resilience and responsiveness to the impacts of climate change for these five provinces.

The program aims to mainstream climate resilience into development planning in vulnerable communities in 24 vulnerable islands and atolls in the provinces of Bougainville, East New Britain, Manus, Milne Bay, and Morobe provinces.

According to ADB’s Economics of Climate Change in the Pacific, report, Papua New Guinea’s economy is likely to suffer the biggest losses in the Pacific from climate change impacts. The report estimates that severe failures in sweet potato and other agricultural crops, as well as land losses due to a rise in the sea level, and other impacts from climate change, could trigger a loss of up to 15.2% of PNG’s GDP by 2100 (ADB report 2014).

The Asian Development Bank (ADB) is dedicated to reducing poverty in Asia and the Pacific through inclusive economic growth, environmentally sustainable growth, and regional integration.

Asian Development Bank (ABD) and the Government of Papua New Guinea (PNG) signed the grant and project agreements to help PNG build its resilience to the impacts of climate change on the 15th January 2015, which will see six (6) years project period till 2020.

Next week, we look at the three (3) main components of the Building Resilience to Climate Change (BRCC) project in Papua New Guinea, particularly in the five selected provinces; that is, Manus, East New Britain, Morobe, Buka and Milne Bay.

The BRCC project aims to improve capacities of communities, mostly in the vulnerable islands/atoll as well as with the relevant government agencies and civil society organizations to respond to the impacts of climate change.
The core of the BRCC project activities include assessment of vulnerability and developing adaptation plans with the communities, sustaining fishery eco-systems and food security investments piloted in the nine (9) vulnerable island and atoll communities and enabling framework for climate-resilient government infrastructure.

PNG Opposition tells Government to be well prepared for the coronavirus