PNG pledged Euros 500,000 for the setting up of ACP Endowment Trust Fund 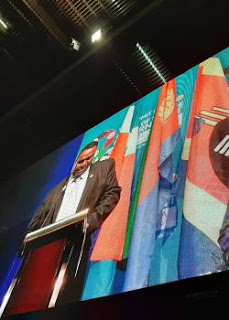 The announcement was made at the 9th Summit of ACP Head of States and Government meeting in Nairobi by outgoing President, PNG deputy Prime Minister and Attorney General Davis Steven.

He said the decision to set up this facility and the potential it promises will be a game changer.

"As much as we appreciate and welcome the continued support of our traditional partners in the European Union, we as the ACP must also be able to help ourselves.

"In this regard I am pleased to say Papua New Guinea pledged an amount of Euros 500,000 towards the setting up of the Fund. Not only we made this pledge but PNG has been one of the core members of the Working group under the capable leadership of another state, Cameroon that assisted in setting up the fund from conceptual design to its legal structure and set up.

"I am therefore pleased to advise that the first Euros 100,000 (US$110,000) that was pledged have been released and will be transferred to the Fund's account once the appropriate account details are determined. The balance will be transferred once the fund is operational," said Steven.

Steven said he is confident under the leadership of Kenyan President Uhuru Kenyatta as the President of the Summit will fully operationalise the fund.

He is also looking forward for the leaders to endorse its operationalisation at this session of the Summit.