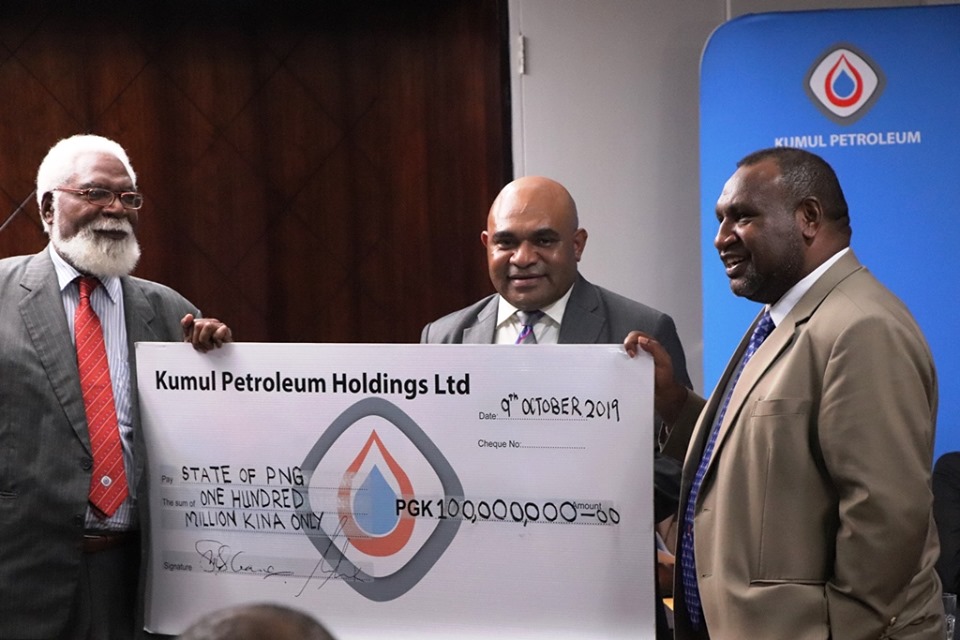 The Prime Minister thanks the Board, Management and Staff of KPHL for working hard to bring the company to what it is today.

“So far so good, you have come in a short space in time, benefiting from the five years of consistent production of the two trains of gas,” Prime Minister Marape said.

“A revenue envelope of about K5 Billion that equates to an average a K1 billion every year.

He said that is the country’s benefits from the 16.77% participation stake in the present two trains of LNG project and he appreciated the fact that KPHL as a beneficiary in the PNG LNG Project is contributing to the economy.

Prime Minister Marape said so far so good, but there are a lot more space for improvement going forward.

He urged KPHL to take into consideration intentions that he and his government will put forward in the interest of the greater shareholder, the people of Papua New Guinea.

The Prime Minister also revealed that Cabinet made a decision recently, putting forward the way they want the company to go, and urged the Board and Management to adopt those decisions.

“There was a recent Cabinet decision we took and I would like the board to embrace that Cabinet decision because that is the way we intend to take Kumul Petroleum and that is what we want to fully shape up what would be a sister company, Kumul Mining,” the Prime Minister said.

He said in that Cabinet decision, a breakup and of the distribution of dividends from the revenue collected by Kumul Petroleum and outlined.

The breakup is as follows;
1. 50% goes to budget support
2. 20% goes to Administrative Cost (up by 5% from current 15%)
3. 13% will be saved for call on cash when investment decisions are being made
4. 7% will go into the Sovereign Wealth Fund for the country
5. 10% will go towards assisting church run education and health services throughout the country

The Prime Minister said those distributions are specifically addressed in the Cabinet paper and again urged the board to embrace that decision.

He also wants Kumul Petroleum to detach from investments that can be done by landowner companies such as drilling, and become an equity player in the Oil & Gas industry.