PNG PM Marape yet to announce attendence for PIF

8/11/2019 Headlines, PNG News
Papua New Guinea Prime Minister James Marape is yet to announce when he will leave to attend the Pacific Islands Forum Leaders Meeting. 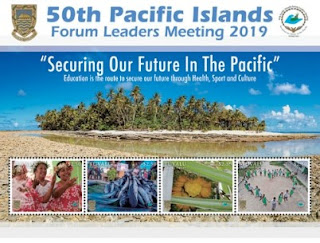 The 50th meeting of Pacific leaders will be hosted by Tuvalu from Tuesday until Friday.

This year's meeting theme is "Securing our Future in the Pacific."

This will be Mr Marape's first attendance at the PIF as prime minister.

His representation of Papua New Guinea at the gathering will be critical, given the range of economic and security issues on the table for discussion.

Among the likely agendas would be the issue of China's growing influence in the region and PNG's involvement with the Asian super-power, the establishment of the joint United States and Australian military base on Manus Island, the Australia Pacific Security College, climate change and the ongoing debate on Indonesia's West Papua province.

The prime minister's official Whatsapp group, says Mr Marape will be attending the meeting, however, has not pinned down a departure date.