The Papua New Guinea Internal Revenue Commission (IRC) has recorded an 18 billion kina under reported Sales Income for the year 2016 alone by 127 taxpayers identified, 96 of which are large tax paying companies while the other 31 are Medium tax paying Companies. 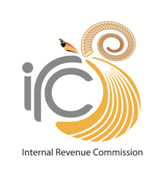 The IRC has detected a mismatch with the Goods and Services Tax (GST) and the Company Income Tax (CIT) on Sales Income for those 127 tax paying companies from their initial tax declarations to the IRC.

Of that K18 billion of sales income under reported, when the 30 per cent of Company Income Tax rate is applied, potential taxes amounting to K5.4 billion was not paid or forgone.

Acting Commissioner General of the Internal Revenue Commission told a Press Conference on Monday August 12th that the findings came about from the operations review that was conducted about two weeks ago.

Daton says, the operations review was conducted with the aim of looking at where the IRC is at, in terms of revenue collection and some initiatives the Commission is working on which will culminate in the additional revenue that is going to be brought in by the end of this year.

The IRC’s Acting Commissioner General Alois Daton in a separate interview with FM100 News today says some analysis were done with the information and returns which were lost by taxpayers and have identified some underreporting and after further analysis around the underreporting, the team has recorded a value of 18 billion kina in sales income being under reported.

Daton says, the 1 billion kina is the conservative figure from the 5.4 billion kina the Commission can collect from the under reporting exercise.

In doing so, the IRC Team will be contacting the 127 identified taxpayers between August and October by matching the data that the IRC has and getting the taxpayers to go in and confirm that there is a mistake and if there is a mistake, the IRC will make adjustments by October.

Once all the adjustments are done by November this year, penalties for the underreporting will be imposed in ensuring that the message reaches future taxpayers to be honest with their dealings with the Internal Revenue Commission.
SHARE THIS
Share it Tweet Share it Share it Pin it