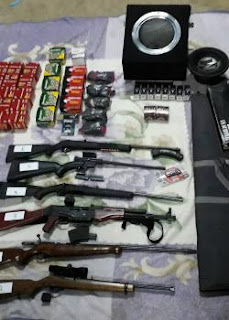 Three shipments were seized at the Custom Warehouse in Vava’u and one shipment was seized from one of the bondage Warehouse in Tongatapu.

“Police are concerned with the significant amount of firearms and ammunition that have been smuggled into the country and the risks they pose to community safety. We therefore urge members of the public to come forward with any information that will help with police investigations, said a Police statement.

Police is asking members of the public with any information about firearms to report the matter to them.