7/20/2019 Headlines, PNG News
Kiriwina Goodenough MP and former Forest Minister Douglas Tomuriesa has been arrested and charged yesterday afternoon with one count of Misappropriation of K6 million worth the property of the Independent State of Papua New Guinea, one count of False Pretence and one count of Money Laundering. 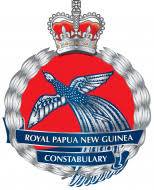 According to a statement released from the National Fraud Anti-Corruption Directorate, prior to becoming a Member of Parliament Mr Tomuriesa was the Director of a family company; Quick Span Building Systems Limited involved in Building and Construction.

It is alleged that in October 2011, Department of Finance allocated K6 million to South Fly District in Western Province under the Supplementary Budget for construction of Health Workers houses in the district.

After the money was remitted to the South Fly District Treasury account, the former South Fly MP Sali Subam convened the Joint District Planning and Budget Priorities Committee (JDPBPC) meeting in November 2011 and made a number of resolutions, which included the decision to tender the project which changed the scope from Building Houses for Health Workers to Supply of Building Materials.

A recommendation was made to the Central Supply & Tenders Board (CSTB) to tender Rural Housing Program in which as a requirement, CSTB requested for Technical Evaluation and Recommendation as to who the contract would be awarded to.

It is alleged that an unauthorized purported Technical Evaluation Committee recommend Quick Span Building System Limited to be awarded the contract.

It took nearly 12 months from the date the contract was awarded and payment of K6million was paid to Quick Span Building System Limited when the company delivered roofing iron materials at Daru and Morehead in the South Fly District.

At the time of his arrest and after seven years, the roofing iron are still in Daru and Morehead as funding is needed to deliver to the destined locations confirming that the contract was not delivered.

The National Fraud and Anti-Corruption Directorate conducted the investigation upon complaint by the former Chief Secretary to the Government late Sir Manasupe Zurenuoc when he was acting Finance Secretary in a letter to Police dated 24th July 2013.

Police investigation revealed the scope of work for this project was changed from the initial purpose for what purpose the money was released to the South Fly District Treasury.

The four officers named as members of the Technical Evaluation Committee denied their involvement and investigation also revealed that prior to delivering the roofing iron materials; money had already been drawn down on expenditure not related to the project but personal.

Mrs Rachael Tomuriesa has already been charged after bank records showed her making cash withdrawals of K182, 379.44 for personal use and the balance of K2, 267, 448.71 used by Mr Tomuriesa.

He was interviewed at the National Fraud and Anti-Corruption Directorate office in Konedobu and taken to Boroko Police Station after the arrest procedure was completed and placed in the cells.