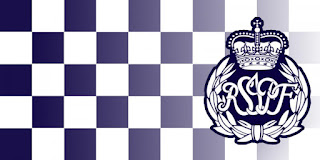 Provincial Police Commander (PPC) Western Province, Chief Superintendent Mathias Lenialu says, “It was about 4pm in the afternoon of 4 June 2019 that the suspect allegedly approached the victim to have sexual intercourse with her.”

PPC Lenialu explains, “The victim refused but the suspect allegedly tied the victim’s neck with a rope and allegedly held down her hands. The victim allegedly struggled to free herself and became unconscious because of the rope around her neck.”

“It is alleged that the suspect carried the victim out from her house to the nearby bush and sexually assaulted her. The suspect then allegedly escaped from the scene.”

Mr Lenialu says, “After regaining consciousness the victim went to the Village and informed the villagers about what the suspect did to her.”

The villagers transported the victim to Gizo Police Station and reported the matter.

The suspect was charged for the offence of rape Contrary to Section 136F (1) (a) of the Penal Code (Sexual Offences) Act 2016.