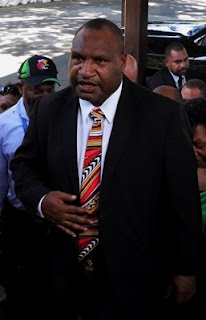 Marape announced their appointment at the Government House soon after they were sworn in by Governor General, Sir Bob Dadae today.

The Vice Ministers whose full responsibilities and ministries will be announced next week are;

Prime Minister Marape said that they will be given full responsibilities and has the confidence in them to deliver to key government expectations.