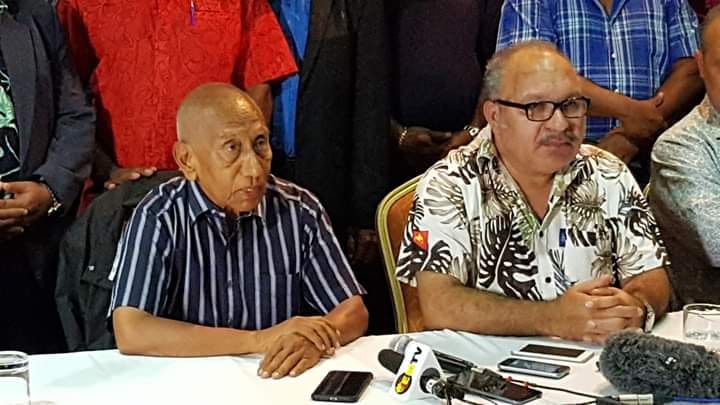 Charles Abel has been sidelined and Sam Basil has taken over Deputy Prime Minister. The announcement came as Peter O’Neill struggled to maintain control over the government with the steady stream of high profile defections to the opposition in the last four hours.

Even with an obvious minority government, Peter O’Neill, is still maintaining a brave face. The handover, he says, is meant to strengthen the coalition and ensure that stability continues.

“PNC remains a big party with 27 members of parliament. We are a government that listens to the people. We have achieved quite a substantial amount of development. But all good things come to an end." EMTV/ ONE PNG
SHARE THIS
Share it Tweet Share it Share it Pin it