4/23/2019 Headlines, PNG News
Justice Minister and Attorney General Davis Steven is the second Minister in the O'Neill-Abel Government to hand in his resignation. 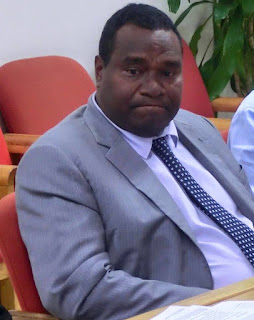 His resignation comes a week after that of former Finance Minister, and Tari-Pori MP, James Marape.

Mr Steven said his resignation is to allow him to concentrate and spend more time on his Esa'ala District in Milne Bay Province.

Mr Steven also announced that he will still remain as a member of the ruling People's National Congress Party, and he has no intention of joining the Opposition.

"My decision is one that I have taken very carefully after much thought.

"I have expressed that in my letter and I wan to say here that it was mainly so that I can give more time to my work in the electorate and also to the work that is required of me in the province, and where I have been assisting in the past during the time when our governor was absent," Mr Steven said.