4/23/2019 Headlines, Pacific News
The vessel to deliver the country's undersea cable system is on its way to the Pacific, according to Solomon Submarine Cable Ltd, Keir Preedy.

He said the completed undersea cable systems, the Coral Sea system (CS2) and the Solomon Islands Domestic Network (SIDN), have been loaded onto the Alcatel Ship, Ile de Batz, in Calais, France. 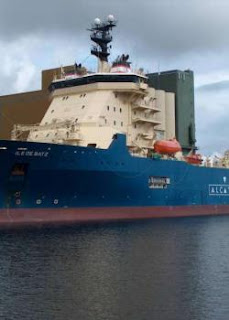 Preedy said the vessel will lay the Solomon Islands branch back to meet the PNG branch, install the branching unit, then lay the combined CS2 cable down to Sydney for the land termination.

He said the last splice on CS2 should be completed on 10 August after which the vessel will return to Honiara to commence the laying of SIDN at the end of August.

Meanwhile, he said Auki will be connected to Honiara first, then the ship will lay the main body of the cable system to Western province, complete the branch to Taro, then finally the branch to Noro to complete the system by early October.

The CEO said the second most important milestone is the shipping of the Solomon Islands Submarine cable's pre-fabricated cable landing stations and office buildings from the X-Site Modular in the U.S.

He said these specialist data centre building will arrive into Honiara during May, saying they will be installed at Lengakiki Ridge by 31 May, in Noro by mid-June and Auki and Taro by early July.