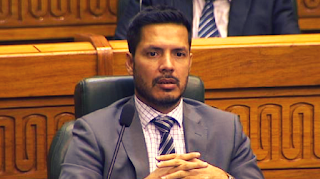 In May 2018, Mr Kramer had published a post on Facebook titled "Has Dumb Become Dumber?" criticizing a proposal by Communications Minister Sam Basil to ban Facebook in the country.

Mr Kramer was referred to the Committee following a complaint by Tewai-Siassi MP Kobby Bomareo.

Presenting the committee's decision in Parliament today, Chairman and Manus Governor, Charlie Benjamin, says the committee has asked Mr Kramer to apologize to Minister Basil on the floor, when the House next sits.

Mr Kramer will be suspended for two sitting days if he fails to apologize.

The committee also warned other MP's, that they too can be referred for prosecution in court, if they breach the Parliamentary Powers and Privileges Act of 1964.