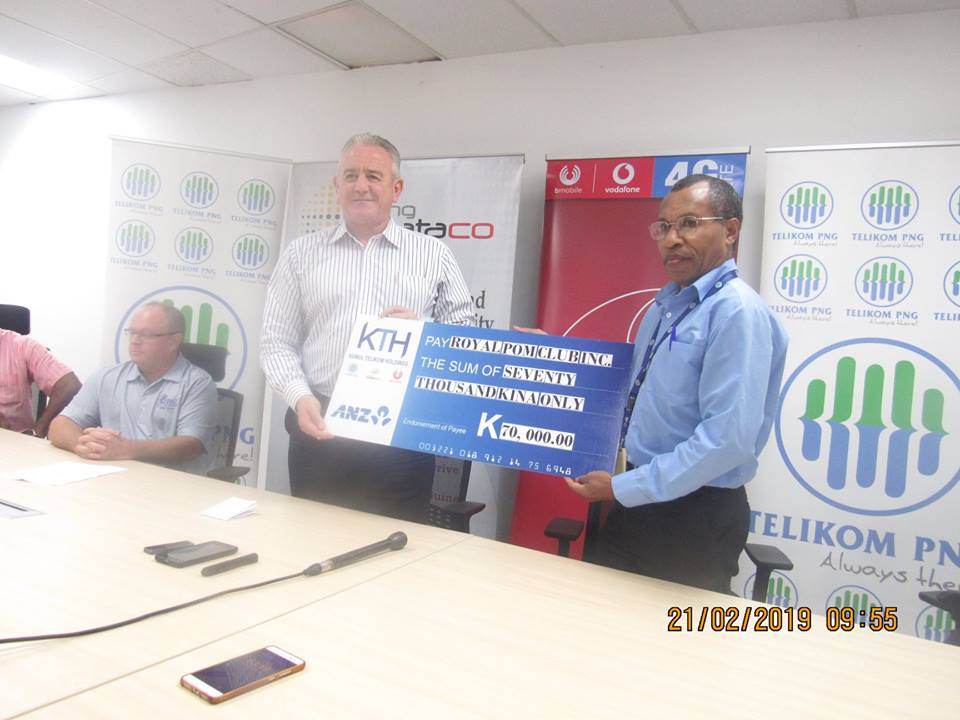 Kumul Telikom Holdings has presented a total of K70, 000 cheque to Royal Port Moresby Golf Club to host its annual Golf Pennants tournament.
Telikom PNG Acting CEO Xavier Victor presented the cheque on behalf of KTH and says Telikom PNG has been sponsoring the event for the past 7 years and has once again come on board with Bmobile and PNG Dataco.
Present to receive the cheque was club General Manager Scott Morrissey and club president Peter Del Monte.
Mr Morrissey expressed his gratitude and says Royal POM Golf club appreciates the sponsorship of Kumul Telikom Holdings.
He says most of the golfers that will be participating will be trying to make the pacific games in Samoa and the tournament is great learning code for them.
Mr Morrissey also highlighted PNG Golf Association’s goal in helping youths getting off the street and onto the golf course.
“PNG GA is looking to putting a school program in place this year, we want to find the next tiger woods,” says Morrissey.
Morrissey thanked KTH and says the funding is not just for the tournament but the development of golf in PNG.
The 2019 Golf Pennants will be officially opened this Sunday 24th February and will be renamed to Kumul Telikom Holdings Golf Pennants.
Also present was PNG Dataco CEO P
SHARE THIS
Share it Tweet Share it Share it Pin it