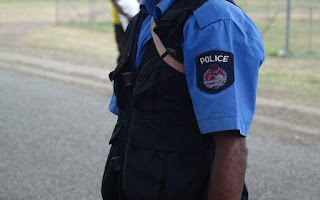 The move by NCD Metropolitan Superintendent Perou N’Dranou to give incentives to officers for arrests monthly may cause more problems, said Police Minister Jelta Wong.

“I don’t think so, all policemen know their jobs and I hope they are doing it without any incentives”, said Mr. Wong.
He said police are bound by the constitutional laws to make arrests, giving them incentives will cause them to do more than what they are supposed to do, causing more chaos.

Mr. Wong stressed that he will confirm with the police Commissioner on the laws regarding police incentives.

He added that he will also check with MetSup on what he meant and how will he address it.