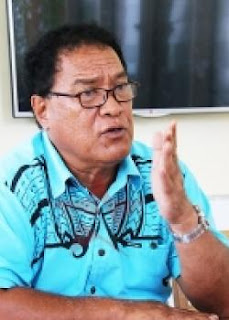 The Solomon Islands Electoral Act 2018 has made changes to nomination procedures for candidates contesting election.

It requires an intending candidate to return to the constituency where she/he will be contesting in order to personally file his/her nomination.

Nomination centers in the 50 constituencies will be announced by Friday, 1 February 2019.

The Chief Electoral Officer explained that nomination process for the upcoming election will not be the same as past election nominations where nomination application forms are issued.

“Be informed that there will be no issuance of application forms. The forms will need to be completed electronically with the Returning Officer for that constituency, using the nomination application software, which requires the personal presence of the intending candidate and three nominators.”

Saitala said candidates and their nominators are advised to provide to the Returning Officer their Voter Identification Numbers for purpose of verification.

“The ballot paper for the upcoming election will include the facial passport-size photo of the candidate beside his/her name and symbol,” he explained.

The CEO added that candidates intending to contest in remote constituencies such as the Malaita Outer Islands and those in Temotu Province need to prepare and ensure they are in the constituency by the first week of February when the nomination period commences.

“The Solomon Islands Electoral Office chartered boats will travel to these remote constituencies to deploy election officials therefore intending candidates might want to board those boats given the irregular boat schedules to these constituencies.”

Saitala said it is important that intending candidates are aware and adhere to the new requirements to avoid disqualification.

The Constitution provides that a person is qualified as a candidate to contest election if he or she is a Solomon Islands Citizen, 21 years and above, and a registered voter.

The Electoral Act 2018 further requires that a candidate’s nomination can only be completed if the following had been attended to:

i) Complete the electronic nomination application by signing the printed form with your three nominators;

ii) The three nominators for a candidate are present in the nomination centre and that they are resident and registered voters in that constituency;

iii) Where a candidate is contesting as a political party candidate, she or he must:

a) Provide certification from the Registrar of Political Parties that he/she is the party candidate contesting election in that constituency;

b) Provide a certificate from his/her party executive allowing him/her to use an alternative symbol if she or he wishes to use a symbol other than the party symbol. (Returning Officers are not allowed to reserve any symbol for a candidate. A symbol will be issued on ‘first come bases’).

Meanwhile, Solomon Islands Electoral Commission (SIEC) Returning Officers and Election Managers must uphold to the high standard of their duties when carrying their roles and responsibilities in the upcoming elections.

Chief Electoral Officer, Mose Saitala highlighted this when he officially opened the three days training for the Returning Officers, Election Managers and Accountant officers for each province.

He said it is important that they must recognise the values and principles underpinning good electoral practice.

“You need to recognise the values such as Integrity, Impartiality, Transparency, Fairness, Accuracy and Respect for the Law. And I‘m sure as part of your training and your own beliefs, values will be discussed and focussed on as part of good electoral practice,” he said.

He said just recently, during the Public Enquiry phase, a Revising Officer and his team were removed for failing to conduct themselves to the standard required of them as senior electoral officials in the province.

“With these good election governance values, it is important therefore that I emphasise to you the importance of your roles and accountabilities that come with it.

“I fully trust your experience and your integrity but it is important that I remind you SIEC expects all of you to conduct yourself to certain standards, and as your appointing authority I will have to exercise that authority of it is absolutely necessary,” he added.

Saitala said as accountant officers also participated, it is important that accountability in terms of funds that will be transferred to each of the provinces must also be noted.

“As members of your local community, it will be important to involve all your community by engaging with them and providing awareness of the national election and all aspects including nominations and voting.

“You are our leaders in the field and set the standard for your staff as leaders and role models. It is important that you are acting responsibly and setting that tone for all your staff so that they can follow,” he added.