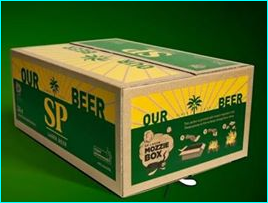 A suspect in the fake beer saga involving South Pacific Brewery canned brand SP Lager has been arrested in Port Moresby.
SPB Managing director Stan Joyce confirmed this on Monday, New Year’s Eve, when the arrest was made on a Chinese national.
Police arrested and charged the man for the importation of fake beer, operating within the suburb of Gordon’s in the capital city.
NCD Metropolitan Superintendent Perou N’Dranou confirmed the arrest, stating that police investigations into the case were continuing.
Meanwhile, Mr Joyce stated the company remains confident to get to the bottom of the issue.
“We remain confident that the criminals involved in this activity will face the full force of the law in due time and we continue to cooperate with relevant Government authorities to ensure the health and safety of our consumers,” Mr Joyce said.
Mr Joyce reminded customer to be weary of such fake products in the future to report them to the brewery and authorities.
“I thank the police for their efficient efforts and our confidence that PNG authorities will stamp such illegal practices out,” he said.
The selling of fake beer under the SP label became public when SP Brewery made public notices on the existence of beer sold in a named retail establishment in the city in November 2018.
Fake beer products were being sold in Port Moresby, packaged illegally in similar looking cans to its SP Lager canned brand.
The company obtained samples of the product to confirm with its own manufactured green can lager product, citing the details of the can that looks exactly the same, but spotted defining features to confirm the counterfeit.
Reports of the illegally canned brew have only so far been reported in Port Moresby alone.
SHARE THIS
Share it Tweet Share it Share it Pin it