Australiam PM Morrison in Vanuatu and Fiji: broadening, not deepening 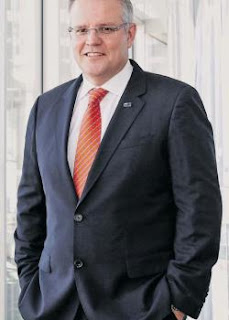 Australian Prime Minister Scott Morrison will visit Vanuatu and Fiji this week. He is the first Australian prime minister to visit Vanuatu since Bob Hawke in 1990 and the first to visit Fiji since John Howard in 2006 (both were for Pacific Islands Forum leaders meetings). Long overdue, the visits are an important next step in Australian government’s increased engagement in the Pacific Islands region, following a flurry of significant announcements in the latter part of 2018.

The visits are an important next step in Australian government’s increased engagement in the Pacific Islands region.

Australia has promised a new infrastructure fund, new diplomatic missions, more labour mobility opportunities, a new “office of the Pacific” in the Department of Foreign Affairs and Trade, a military base in Papua New Guinea, an Australian Defence Force Pacific Mobile Training Team, and a joint undertaking (with Japan, New Zealand, and the U.S) to provide electricity to 70% of Papua New Guinea’s population.

Morrison chose to miss the Pacific Islands Forum meeting in Nauru in September last year and is clearly playing catch-up now, probably inspired by a sense of panic in Canberra that China’s growing influence in the region is now threatening Australian interests. Morrison was overshadowed during his visit to PNG for APEC in November by the “China show”, but the bilateral visits to Vanuatu and Fiji offer a chance to be seen to be making good on Australia’s case to be the Pacific’s “partner of choice”.

The prime minister’s discussions with his counterparts in Port Vila and Suva this week will likely have a strong focus on security. Australia is assisting Fiji to redevelop Fiji's Blackrock Peacekeeping and Humanitarian Assistance and Disaster Relief Camp. In Vanuatu, Morrison will be discussing further enhancement of bilateral security cooperation.

The visits to Vanuatu and Fiji will deliver a message that Australia is a strong security partner for the region and is committed to broadening bilateral relations with both countries. The inability of the Morrison government to align its Pacific islands policy announcements with domestic policies, however, constrains any genuine deepening of Australia’s relationships with Pacific Island countries.

Inconsistencies between foreign and domestic policies are of course not new or unique to Australia or indeed to Australia’s relations with Pacific Island countries. For example, international human rights advocates have argued that Australia’s poor record at home on rights for indigenous Australians and for asylum seekers is at odds with Australia’s advocacy for human rights in United Nations forums and in countries such as China, North Korea, and Myanmar, and weakens Australia’s credibility.

Credibility weaknesses in the international arena can usually be mitigated or overcome with good diplomacy and strength of argument. But domestic policies that prevent Australia from following through on commitments made to Pacific island countries are another matter.

The prime ministers of Vanuatu and Fiji know very well that the Morrison government has no comprehensive energy policy and little interest in addressing Pacific Island concerns about climate change through any further domestic commitments. Foreign Minister Marise Payne signed the Boe Declaration at the Pacific Islands Forum in Nauru, which reaffirmed that “climate change remains the single greatest threat to the livelihoods, security and well-being of the peoples of the Pacific” and a “commitment to progress the implementation of the Paris Agreement”. But the Australian government has no intention of taking any domestic action to address this threat.

Both the Turnbull and Morrison governments have made commitments to increase labour mobility opportunities for Pacific Islanders. Recognising the considerable value of labour mobility to Pacific Island countries, the Morrison government announced on 4 September that Australia's Pacific Labour Scheme would be opened to Samoa, Solomon Islands, and Vanuatu, building on Australia’s long-standing Seasonal Worker Programme. Then, only weeks later, the government flagged it would introduce an agricultural visa that threatened to destroy the Seasonal Worker Programme. It walked back from this idea but only in the face of strong objections from Pacific Island leaders, Australian experts and the opposition Labor Party.

The handling of the Neil Prakash citizenship affair offers little room for hope in 2019 that the Australian government appreciates the importance of a whole of government approach to managing relationships in the Pacific.

It beggars belief that Canberra would not have access to legal advice (by asking its High Commission in Suva to take soundings there) that Neil Prakash could not be a Fiji citizen. For it to declare otherwise suggests that Canberra has no respect for Fiji’s laws. But even if the Department of Home Affairs was convinced Prakash could be a dual citizen, it is hardly in the national interest to send a convicted terrorist to Fiji at a time when Canberra is committing serious military and other financial resources to improve its security relationship with Suva.

The best new commitment Scott Morrison can make to his counterparts in Vanuatu and Fiji this week should not be another grand initiative but an undertaking to join up policy at home that will enable the deeper relations Australia so desperately needs with its neighbours.

Jenny Hayward-Jones is a Lowy Institute Non-resident Fellow and former Director of the Melanesia Program at the Lowy Institute. Prior to joining the Lowy Institute Jenny was an officer in the Department of Foreign Affairs and Trade for thirteen years, serving in the Australian missions in Vanuatu and Turkey. She worked as Policy Adviser to the Special Coordinator of the Regional Assistance Mission to Solomon Islands from its inception in July 2003 and in 2004.
SHARE THIS
Share it Tweet Share it Share it Pin it