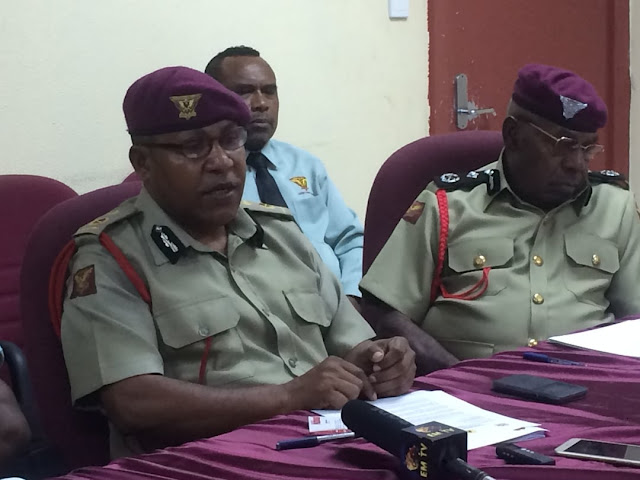 "FROM RECORDS, 223 INMATES IN TOTAL ESCAPED DURING THE TWO YEARS; 113 OF THEM ARE CONVICTED DETAINEES AND 110 ARE REMANDEES."
209 escapees are still at large following jail break outs from various Correctional Services Institutions around the country from 2017 to 2018.

Acting Correctional Service Commissioner Stephen Pokanis revealed that from records, 223 inmates in total escaped during the two years; 113 of them are convicted detainees and 110 are remandees.
He said from the escapees, only 14 have been recaptured from the 209 who are still at large.

He said from records from in the month of September 2018 over 174 inmates escaped from various correctional services institutions in 2018 alone.

Mr. Pokanis said that it was the responsibility of officers to maintain consistency in monitoring and supervising jails to avoid such breakouts with a high number of escapees still at large.

He admitted that some of the facilities in the country housing inmates are over 50 years old and needed upgrading but it is solely up to officers to maintain their duties in patrolling so such break outs are avoided.

He added that officers know very well whether an inmate is a high or low risk inmate and when given temporary passes for medical issues, it’s a must that they know their background.  LegendFM/ONEPNG
SHARE THIS
Share it Tweet Share it Share it Pin it