It is clear that change is needed for the Seasonal Worker Programme (SWP). The government has decided against introducing a new agricultural visa, but the Nationals and farmer groups are talking about labour shortages and complaining about the SWP. More positively, they are also now highlighting the need for SWP reform. What should be done? 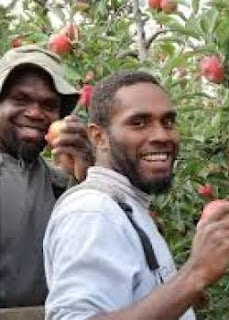 On the one hand, the SWP is growing rapidly (almost 40% last year) and is popular among those who use it. In our 2014 survey, one third of the employers using the SWP rated it as excellent and another third as above average. On the other hand, talk to SWP employers and most will tell you their gripes with the Programme. We surveyed them in 2011 as well as in 2014. Some of the complaints have been around for a very long time. Some have been addressed, but many are still pending. These are some of the main employer complaints:

*It takes too long for new employers to be approved to participate in the scheme.
*It takes too long for recruitment plans to be approved.
*Unlike in New Zealand, workers cannot be shared between approved employers, super has to be paid and then returned to workers (a pointless and complex exercise), and visas are issued for only seven months not 11.

There are two ways to respond these issues. One is line by line. The other is to step back and look at the big picture.

A good place to start is the New Zealand Recognised Seasonal Employer (RSE) scheme, NZ’s SWP, widely judged to be successful in meeting the needs of employers.

The RSE is industry- and employer-driven. It was proposed to government by industry. It is overseen by a government ministry that is focused on the needs of business (the Ministry of Business, Innovation and Employment) and that includes immigration. By contrast, the SWP in Australia is managed by a department with a mandate to protect the domestic labour market.

In return for this influence, New Zealand employers have cleaned up their act, greatly reducing their reliance on illegal labour. And Kiwi farmers accept the regulation that inevitably comes with a seasonal labour program.

That’s the sort of compact we need in Australia. Growers need to accept that any foreign agricultural labour scheme will be regulated, and that for national security reasons the workers will need to be sourced from the Pacific and Timor Leste. The government needs to accept that employers should be able to shape the SWP to meet their needs.

That would provide the basis for a policy package that could be announced quickly, would make a real difference to Australian farmers, and could look something like this: create and resource a reference group of horticultural employers and peak groups to drive a process to address employer concerns. Shift the management of the SWP from the Department of Jobs to the Department of Agriculture. Work with sending countries to lift their game. Set a target for the SWP, for example, to reach 20,000 workers by 2025.

The most important overhaul needed is in relation to the way the SWP is conceptualised. References to the SWP as an “aid program” are completely misleading. The restriction on sending countries is for strategic reasons, and there is some aid for facilitation, but the SWP is fundamentally a private-sector foreign employment program, and it is increasingly critical for the future of Australian horticulture.

If horticulture is to grow and thrive, then employers and government need to come together, and get behind and drive the SWP. We need a new compact, we need reforms, and we need an overhaul in the way the SWP is conceptualised and presented. Now is the time, and the opportunity may not return.