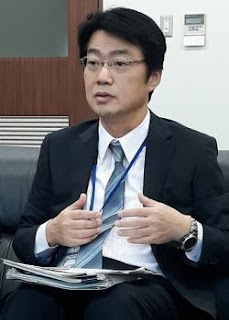 It was a significant achievement that came out of the 8th Pacific Island Leaders Meeting earlier this year that so far has not been accorded its due recognition.

Although it’s not at the level of the European Union short-stay or the recent Russia visa waiver agreement that Palau has signed on to, it is progress nonetheless, as Palau nationals can avail of the new Japan’s multiple-visa entry programme.

In a roundtable interview, Monday  at Japan’s Ministry of Foreign Affairs,Masaharu Shimizu, senior deputy director of the Oceania Division, Asian and Oceanian Affairs Bureau, disclosed that the multiple-visa entry was rolled-out ito Palau in August, three months after the 8th PALM Summit was held in Fukushima, Japan in May.

The introduction of the multiple-visa entry by Japan was announced as part of its assistance program at the summit – a further enhancement of human resources development and people to people exchange programmes.

“The increase of people to people exchange is our purpose,” Shimizu said. However, Shimizu didn’t provide specifics of the multiple-visa entry programme.

With the new arrangement, Palau nationals can look forward to a multiple-entry instead of paying US$27 for visa each time they enter Japan.

With the new programme, Palauan citizens can avail of the multiple visa for three years for a duration of 30 days each entry.

It comes as a boon for Palauans especially those on business and government travel who frequently visit Japan.

To mark the new milestone, the multiple-entry visa was memorialized by the Pacific Islands’ leaders and Japan in the PALM 8 declaration.

“The FIC Leaders welcome the decision by the Japan to introduce multiple entry visas in relation to all FICs (Forum Island Countries),” PALM 8 declaration stated.

Shimizu said that visa programme has been introduced to some of the Forum island countries while others are still going through the process.

“Only three already introduced this summer,” Shimizu said. He further said that it depends on each country’s situation for the program to reach its citizens.

Shimizu added that Japan may consider implementing a visa waiver program after the multiple-visa entry programme has been implemented and improved. “It would be a third step,” he said.