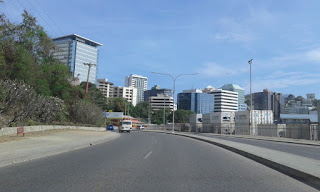 Port Moresby, PNG – With less than 15 percent of the nation saving for old age, the majority of Papua New Guineans face a grim prospect of living in poverty when they are too old to work.

A recent study examining the feasibility of expanding voluntary pension in PNG revealed that without an urgent and effective response to pension exclusion, lack of regular income & social protection among PNG’s future elderly could emerge as the dominant cause of increased poverty rate in the country.

Through a partnership with the National Superannuation Fund Ltd or NASFUND, the United Nation’s Pacific Financial Inclusion Programme (PFIP) commissioned as part of the study, an evaluation of Eda Supa (NASFUND’s voluntary superannuation product for non-salaried workers).

Many challenges and risks were identified during consultations. Of Eda SUPA’s 30,000 registered account holders, only around 2,000 were making regular contributions into their accounts, others were not active because of complicated and inconvenient processes. They said apart from being cumbersome, the manual process involving paper-based registrations was also very expensive. With only 15 NASFUND branches throughout the country, access, information and retirement awareness were also highlighted as limitations. The lack of automated reminders for members has also meant that members are not vested in their contributions and can lead to them losing their interest in long term saving.

The study found positive conditions that are conducive to the introduction of an inclusive digital micro-pension programme in PNG. It identified a huge potential to expand the reach and uptake of pension through partnerships with interested financial service providers which had a combined presence of 12,600 physical outreach locations including bank branches, agents and mobile network operators. Leveraging existing financial infrastructures and client data, could mean that individuals could instantly open micro-pension accounts.

dedicated helplines for members to access information and fiscal incentives by government to encourage more savings by non-salaried workers.

PFIP in partnership with NASFUND will scope the next phase of the project which will aim at putting to test improvements in the product and the way people can access it on pilot communities, which if found successful could be rolled out nationwide.
SHARE THIS
Share it Tweet Share it Share it Pin it