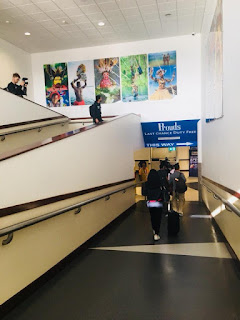 Hawkins told The National that this includes landing and parking of large aircraft such as Boeing 747s through to smaller aircraft.

“The safety of leaders, ministers, delegates and the public is the number one concern in planning for Apec,” he said.

“We are working with our friends in Australia and Indonesia, as the two closest geographical neighbours, to enable some aircraft to park at their airports.”

Hawkins said in many APEC and G20 host cities, not all aircraft are able to park at the host airport and fly on to other airports for the duration of the meeting.

He said this happened in Sydney for Apec, Brisbane for the G20 meeting and other events.

“For commercial arrivals and departures, we have existing flights, and additional flights that will arrive and depart at staggered times throughout the day and night,” Hawkins said.

“For state and charter aircraft, Jackson International Airport has the capacity to manage arrivals and departures so long as this is effectively managed.

“This is from increased commercial passenger travel, and from state and charter aircraft carrying world leaders and business people,” he said.