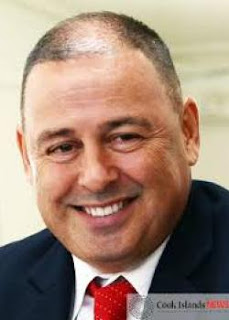 In an interview with Reuters, Tonga’s Prime Minister Akilisi Pohiva said the Pacific Island nations were holding talks which could lead to a coordinated request that Beijing forgive mounting debts in the region. His comments follow amid concerns the Asian superpower may start seizing strategic assets if countries fail to repay the loans.

Whilst the Cook Islands is sympathetic towards Tonga’s plight in regards to its debt repayments, Brown said there have been no regional discussions on this matter in the lead-up to the Pacific Islands Leaders Forum Meeting in Nauru next month.

He said the government’s sentiments regarding the issue were similar to those of Samoa Prime Minister Tuilaepa Malielegaoi, who also rejected a call for Pacific Island nations to ask China to write off debts granted under Beijing’s foreign aid programme in the region.

Brown suggested it would be in Tonga’s interest to try and restructure their debt position with assistance from the World Bank/International Monetary Fund and the Asian Development Bank (ADB).

“This may require Tonga to commit to certain economic and financial restructuring and legislative change similar to the European countries that were in similar positions three years ago,” he said.

Cook Islands is one of the eight countries in the Pacific region who has borrowed money from China.

Brown said the government takes a careful and considered approach towards taking on new debt from all of their development partners, most of which funds priority economic and social infrastructure.

“We trust that the loan agreements, the terms and conditions, are explicit on the obligation of each party in the agreement and we certainly commit to meeting our repayments,” he said.

“In fact, under our current debt management regime, the Cook Islands is ahead of its debt servicing schedule.

“Since the mid-nineties our country has operated under strict debt-management ratios that require our country to not exceed 35 per cent of debt to GDP (gross domestic product).”

Brown said the country was currently sitting under 25 per cent, in comparison to Tonga, who has been designated as a debt-stressed nation with a debt to GDP ratio of more than 100 per cent.

In addition, Brown said that in recent years the government took steps to consolidate much of the ADB loans to the New Zealand dollar, thereby reducing the risk of exchange rate fluctuations.

“Added to this the establishment, under statute, of the Loan Repayment Fund, further provides buffers to external economic shocks and provides assurance of meeting loan servicing obligations going forward.”

From an economic and foreign policy perspective, Brown said debt servicing ability takes on heightened implications for the Cook Islands in the years ahead, given the Official Development Assistance (ODA) graduation status.

“By necessity therefore, the Cook Islands government continues to strengthen its debt servicing ability, an endeavour which would be undermined by advocacies for debt writeoff,” he said.